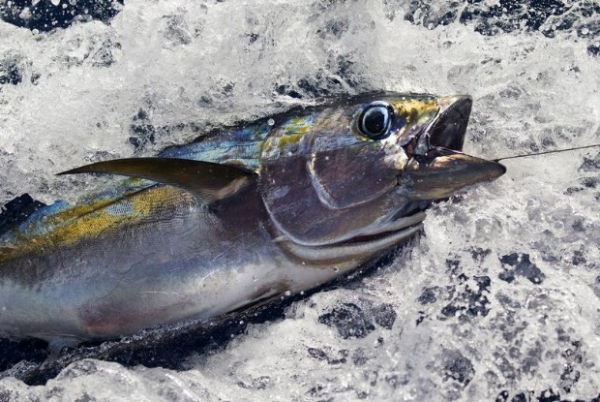 The monitoring of tuna fisheries must be strengthened and transfers of fish at sea banned to end the overfishing crisis in the Indian Ocean, Greenpeace International said earlier this month after it again found illegal fishing operations in the region.

The Greenpeace flagship Rainbow Warrior recorded illegal fishing activities by two Sri Lankan tuna and shark boats in the Maldives Exclusive Economic Zone (EEZ) and the adjacent high seas on Friday before arriving in Colombo, Sri Lanka over the weekend to end a two-month expedition in the Indian Ocean.

“Fisheries in the Indian Ocean are being massively overexploited. Our oceans and the billions of people around the world dependent on them need better control and enforcement of fishing regulations. If we don’t act now, there may be no tuna left for future generations,” said Sari Tolvanen, Greenpeace International campaigner aboard the Rainbow Warrior. 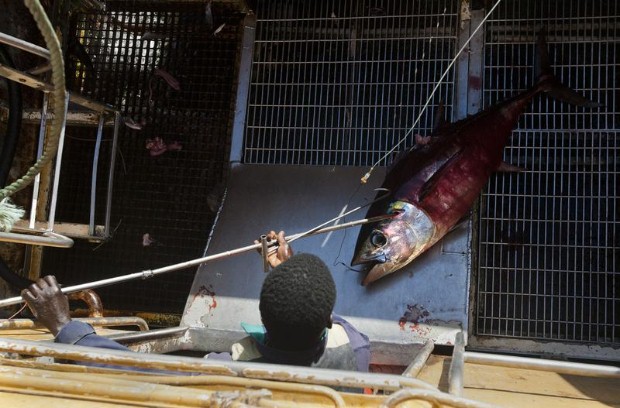 “Transshipments of fish at sea are allowing illegal fishing to go undetected. These transfers of fish at sea must be eliminated and the number of fishing vessels in the region cut to end the overfishing crisis.”

The lack of proper management and pirate fishing in the region is contributing to the demise of albacore and bigeye tuna and sharks that are targeted for the lucrative sashimi and shark fin trade.

“While in the Indian Ocean we have listened to communities, learned about fishing practices and built alliances to help the region continue to provide sustainably caught fish and jobs for future generations,” Tolvanen added. 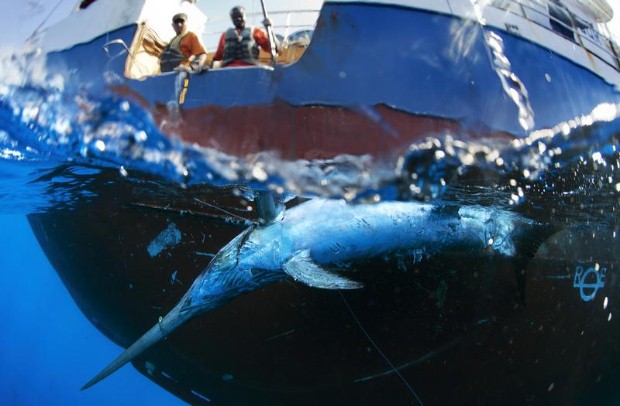 “It is crucial strong action to control fishing is taken or the region and its people who depend on fish for food security will be severely impacted.”

Greenpeace is campaigning for responsible fishery management to end overfishing and to support a global network of marine reserves covering 40% of the world’s oceans. Both are necessary steps to restoring our oceans to health and to maintain living oceans and ample fish for future generations.

1 & 2. A yellow fin tuna is pulled in along side the Spanish longliner Herdusa no1 Vigo, South West Indian Ocean. Greenpeace is observing fishing activities in the Indian Ocean where poor management has left many stocks over exploited.

3. A sword fish is pulled along side the Herdusa no1 Vigo, South West Indian Ocean.