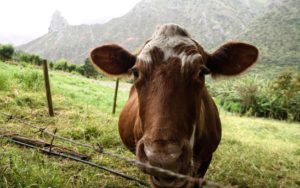 In the climate change debate, some policymakers seem to be bovine flatulence deniers. This became apparent in the fuss over the United States’ Green New Deal put forward by some liberal Democrats. More precisely, the fuss over an information sheet by the plan’s advocates.

With tongue in cheek or foot in mouth, depending on whom you ask, the statement’s authors said that despite the plan’s proposals for strong limits on emissions over a decade, “we aren’t sure that we’ll be able to fully get rid of farting cows and airplanes that fast.”

The Associated Press surveyed global experts on global warming on this question, as well as an author who wrote the definitive science book on gassy animals.