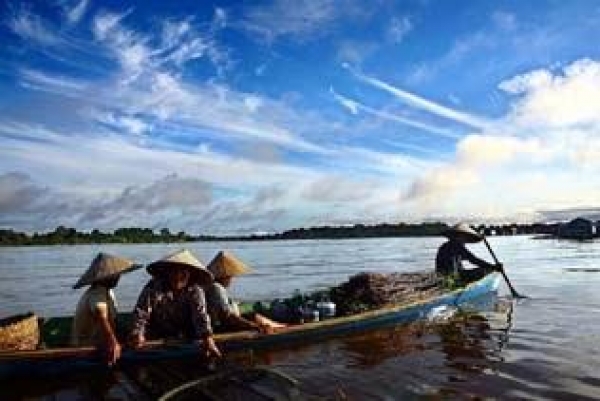 Sentarum Lake is a seasonal lagoon consisting of small ponds in the upper reaches of the Kapuas River, 700 kilometers from Pontianak, the capital of West Kalimantan province in Indonesia.

The palm oil arm of Sinar Mas, Golden Agri-Resources, has announced a plan to halt the destruction of Indonesia’s forests, which was previously caused by their operations.

‘This could be good news for the forests, endangered species like the orangutan and for the Indonesian economy.

‘On paper, the new commitments from Golden Agri are a major step towards ending their involvement in deforestation. And if they do make these changes, large areas of forests will be saved. But now they’ve actually got to implement these plans, and we’re watching closely to make sure this happens.

‘Golden Agri’s announcement today has given a huge boost to the Indonesian President’s pledge to protect forests and tackle climate change. And now the Indonesian Government must support this initiative by stopping any more licenses being granted for forest and peatland clearance, and by reviewing activities in areas where licences have already been handed out.’ 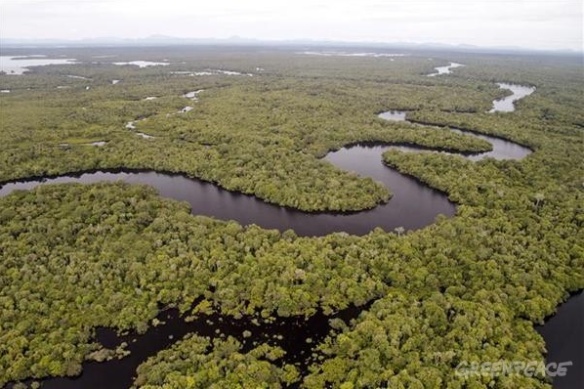 In recent years, Greenpeace revelations showing the destruction caused by Golden Agri-Resources have led to international corporations such as Unilever and Nestle cancelling their contracts with the Indonesian palm oil company. However, today’s move could signal the start of a shift throughout the industry, and eventually lead to full forest and peatland protection.

A key commitment by Golden Agri-Resources is a pledge not to clear ‘High Carbon Storage’ forest. Under the company’s new plans, they have set a provisional threshold and will not be developing land which contains over 35 tonnes of carbon per hectare. Importantly, this provisional figure is in line with figures for low carbon development recommended to the Indonesian Government by their own advisors.

‘Protecting Indonesia’s forests is good for business, the environment and future generations of all Indonesians. The need for other palm oil producers to clean up their act is now pressing, for business and environmental reasons. The Government must back efforts like those announced today by insisting on similar standards across industries operating in forest areas.’