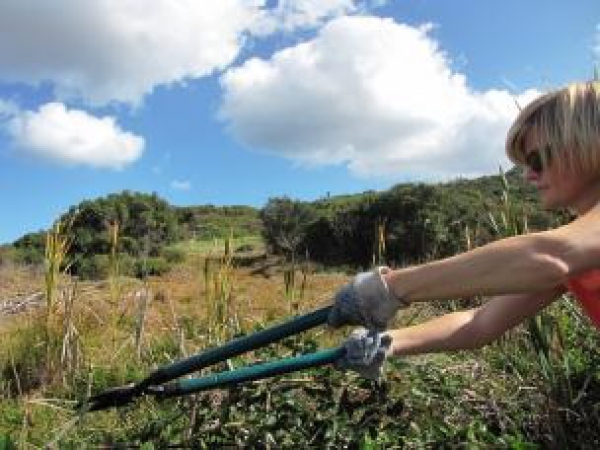 Congratulations are due for the Vineyard Hotel & Spa for winning the prestigious Kudu Award in the Corporate Contribution category in recognition of its work in clearing alien vegetation at Silvermine in the Table Mountain National Park.

Sustainability manager and horticulturist at the Vineyard Hotel & Spa, Chris van Zyl, comments: “Our commitment to eco-friendly hoteliering and responsible tourism was the driver of this project. The Vineyard Hotel & Spa is delighted to have been recognised by SANParks for its efforts in protecting and preserving the natural vegetation of the Cape floral kingdom.”

The Vineyard Hotel & Spa ‘adopted’ the 8.5 hectare plot of land at Silvermine in October 2006 and since then, community-based project has made savings of around R90, 000 for SANParks in its alien-clearing vegetation budget. Well-known species that have re-established themselves in the area include the Oesteospermum (the African/Cape daisy), Keurboom, Camphor bush, Wild almond and many other indigenous bulbs and shrubs.

The hotel has allocated some 51 days to clearing the alien vegetation and has hosted some 935 volunteers – including staff – who eagerly contribute their time and energy to this worthy cause. The work has also been expanded to include networking with local schools, hiking clubs and environmental initiatives to raise awareness around the importance of conservation.

The Kudu Awards were launched by SANParks in 2003 as a way to recognise and reward excellence in conservation by external parties and stakeholders across South Africa.

The Corporate Contribution to Conservation Award recognises those organisations, companies and/or persons that have made significant contributions to conservation, whether through the awarding of land, funds, human resources or who have entered into a business relationship with SANParks.