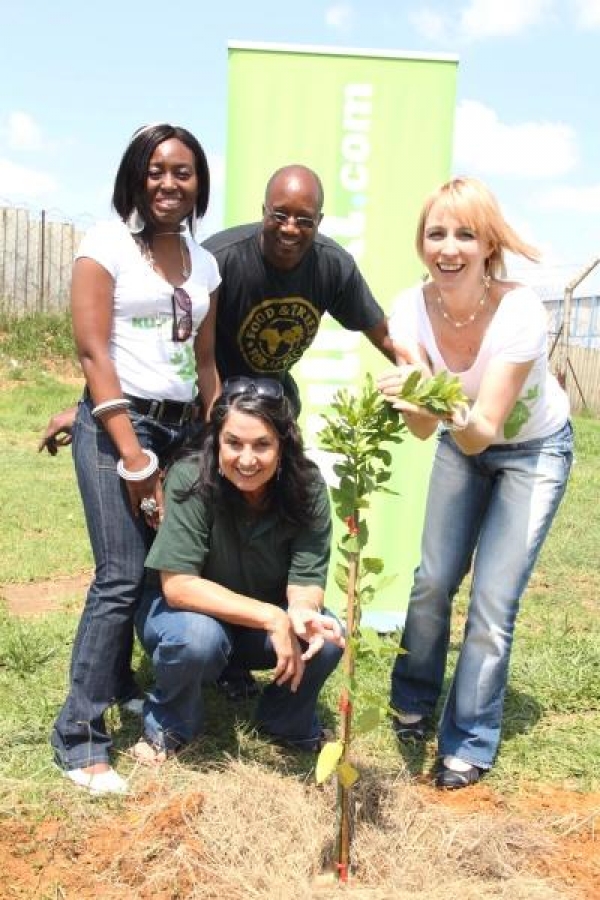 Kulula’s Project Green programme, which aims to combat the atmospheric carbon loads and greenhouses gases released by its aircraft, has raised R1 million to support greening and mitigate climate change through Food & Trees for Africa (FTFA).

By February 2009 Project Green had planted 2009 trees. Now, thanks to the thousands of Kulula fans who contributed money every time they flew, thousands more trees and hectares of bamboo are being planted for disadvantaged communities throughout South Africa this year.

‘We want to say thank you to all our fans who opened their hearts and pockets to support this worthy cause,’ says Kulula Marketing Manager, Nadine Damen.

On 14 and 15 September Kulula will distribute another 1 000 fruit and indigenous trees to residents in the dusty township of Tembisa in celebration of 24 Hours of Reality.

The Climate Reality Project , founded and chaired by former Vice President Al Gore, a Nobel Laureate also famous for his award winning and much screened ‘Inconvenient Truth’ is launching a new global campaign to broadcast the reality of the climate crisis and mobilize citizens to help solve it.

The campaign kicks off with 24 Hours of Reality, a worldwide, live streamed event on 14 and 15 September. The event will be broadcast to 24 time zones for 24 hours and in 13 languages and FTFA’s founder, Jeunesse Park, is honoured to be one of the 24 presenters.

Tembisa, a Zulu word which means ‘there is hope,’ is one of the largest townships in Gauteng and there is certainly hope for Tembisa as kulula and FTFA plant these 1 000 trees to the residents of Esselen Park, an extension of Tembisa, where new low cost houses have been built, in a denuded area. Most of the people who live here are unemployed and depend mainly on government grants to survive. Some of the residents earn a living by renting out rooms and by selling fruit and vegetables at the local market and along the street pavements.

‘This is a well-known township in South Africa. We need to ensure that we promote environmental awareness activities, and ensure that the people of Esselen Park take care of the trees donated to them by kulula,’ said Ruth Tshabalala, PR Councillor. ‘We really appreciate what Kulula and FTFA are bringing to this community. Our people will be empowered with knowledge and skills,’ continued Tshabalala, ‘and a better understanding of the implications of climate change.’

FTFA has trained 20 unemployed residents who are going door to door to tell their neighbours about Kulula’s great green gift, invite them to collect their trees on 14 and 15 September, and inform them of 24 Hours of Reality and the links between extreme weather conditions and climate change as a result of human made greenhouse gas pollution.

‘Since it is the poor who are and will suffer most as the sub continent becomes drier, according to scientific predictions and models, this education and awareness is vital,’ said Jeunesse Park. ‘The simple act of planting a tree is a way of addressing this and involving even the poor living on marginalised land.’