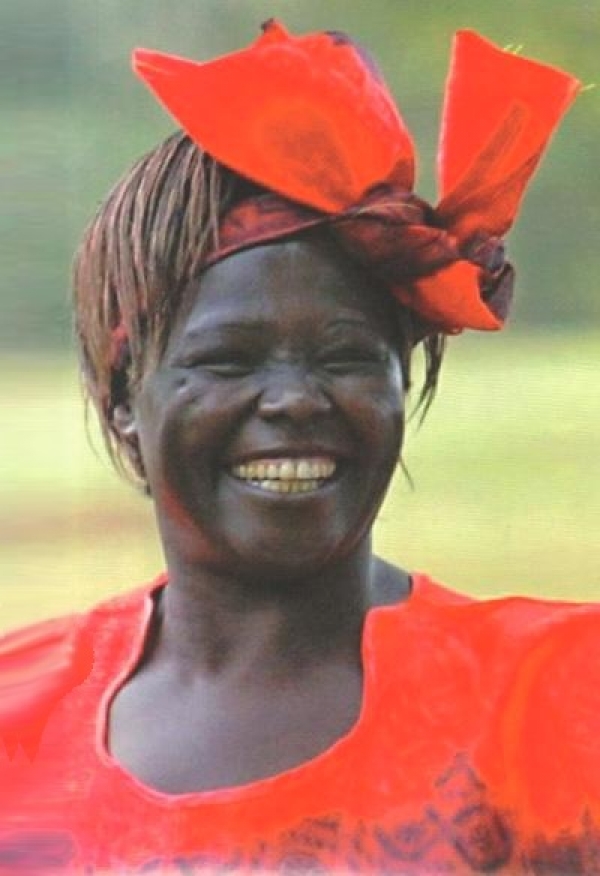 In this beautifully animated clip from Dirt! The Movie, Nobel Prize winner Wangari Maathai tells an inspiring tale of doing the best you can under seemingly interminable odds.

Wangari tells the story of a hummingbird who saves a forest from being destroyed while other animals stand to the side, overwhelmed by size of the problem.

“I have always believed that, no matter how dark the cloud, there is always a thin, silver lining, and that is what we must look for.” – Prof. Wangari Maathai

For many of us, she is a hero, someone who was not daunted by even the largest of problems. As one of our staff says, “It’s tough to imagine Prof. Maathai being no more. True, she never looked like she was 71 and I have seen people much younger than her be consumed by that affliction. But still, there are people that you don’t ever wish to think of as mortal. For me, Maathai was one such person.”

Maathai was the founder of the Green Belt Movement. She began the movement in 1977 in order to respond to environmental degradation. It all began with the planting of trees.

Through my experiences and observations, I have come to believe that the physical destruction of the earth extends to us, too. If we live in an environment that’s wounded—where the water is polluted, the air is filled with soot and fumes, the food is contaminated with heavy metals and plastic residues, or the soil is practically dust—it hurts us, chipping away at our health and creating injuries at a physical, psychological, and spiritual level. In degrading the environment, therefore, we degrade ourselves.

The reverse is also true. In the process of helping the earth to heal, we help ourselves. If we see the earth bleeding from the loss of topsoil, biodiversity, or drought and desertification, and if we help reclaim or save what is lost—for instance, through regeneration of degraded forests—the planet will help us in our self-healing and indeed survival. When we can eat healthier, nonadulterated food; when we breathe clean air and drink clean water; when the soil can produce an abundance of vegetables or grains, our own sicknesses and unhealthy lifestyles become healed. The same values we employ in the service of the earth’s replenishment work on us, too. We can love ourselves as we love the earth; feel grateful for who we are, even as we are grateful for the earth’s bounty; better ourselves, even as we use that self-empowerment to improve the earth; offer service to ourselves, even as we practice volunteerism for the earth.

When we speak of human rights, civil society, freedom, liberty, justice and other similar words, the images that come to mind are those of men. We always think of Mahatma Gandhi, Dr. Martin Luther King Jr. and Nelson Mandela. We have grown accustomed to sudden, often sweeping changes that we can quickly grasp and fully appreciate within just a few years.

We often forget that Gandhi spent decades trying to free India from colonial rule, that Dr. King’s struggle was the culmination of centuries of disenfranchisement for people of color and that Mandella spent 27 years in a prison cell on Robben Island. The struggles that these men went through to get the desired results are well-documented. But in the end, what grips us all and what makes us hold them near and dear to our hearts is the ultimate result of these struggles.

They are all very tangible. India gained independence, the United States got new Civil Rights legislation, and South Africans got rid of apartheid.

Prof. Maathai’s work continues. Since 1977 when she started The Green Belt movement, a drive to plant millions of trees in Kenya in order to provide rural women with fuel for food, fodder for cattle, and a healthier environment, over 47 million trees have been planted, and more continue to be planted.

Her work didn’t stop at planting trees in Kenya. She and her movement focused their attention on women’s rights, civic empowerment, environmental sensibility, education, sustainability, equality, justice, and good governance. And that focus reached beyond her native country. 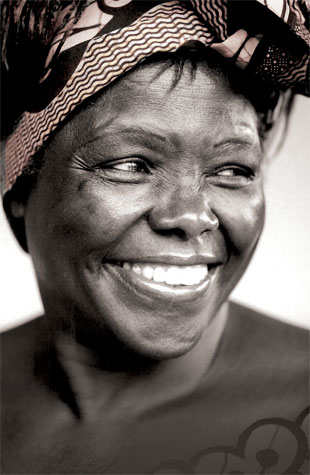 Some of her work involves the rest of the world:

The list of her accomplishments is much longer and the influence of her work is staggering. Add to that the fact that she did all of what she did as a woman – a woman from a poverty stricken country where the clutches of patriarchy might have stopped any other woman from standing up for what is right and for helping her fellow countrymen and the rest of the world. This is why she stands in a league of her own when it comes to people who inspire civic and human rights activists.

Prof. Maathai may have left us, but her ideas, her solutions to the problems that we all face and the body of her work that continues to enrich lives across the world is with us. It is now up to the rest of us to carry on her work.

“We cannot tire or give up. We owe it to the present and future generations of all species to rise up and walk!” – Prof. Maathai