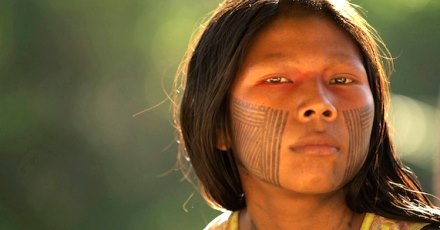 An ambitious project is underway to create the largest environmental reserve in the world, protecting 135 million hectares of Amazon forest.

That’s more than twice the size of France! But it won’t happen unless Brazil, Colombia and Venezuela’s leaders know the public wants it. That’s where we come in.

Colombia has just said it is on board. Now, if we create a huge global push to save the Amazon and combine it with national polls in all three countries, we can give the Colombian president the support he needs to convince Brazil and Venezuela. All three leaders are looking for opportunities to shine at the next UN climate summit. Let’s give it to them.

The Amazon is vital to life on earth — 10% of known species live there, and its trees help slow down climate change by storing billions of tonnes of carbon that would otherwise be in the atmosphere. Experts say this reserve would be a total game-changer for stopping rampant deforestation. Sign the petition, and when we reach 1 million signers, indigenous leaders will deliver the petition and polls directly to the three governments.

The fate of the Amazon rainforest is dangling by a thread. After declining for a few years, deforestation rates started rising again last year, and shot up in Brazil by 190% in August and September. Current laws and enforcement strategies are failing to stop the loggers, miners and ranchers. The best way to regenerate the forest is by creating large reserves, and this ecological corridor would go a long way to help save the fragile wilderness of the Amazon.

Some say reserves hold back economic development, others say they are implemented without consulting the indigenous communities. But those behind this proposal have committed to full engagement and collaboration with the indigenous tribes. And 80% of the territory in this plan is already protected. All that this ground-breaking proposal really requires is regional coordination and enforcement.

Indigenous peoples and activists have lost their lives protesting the devastation of the Amazon’s ecology and their home. If we now unleash our massive global community led by Avaaz members in Latin America, we have a unique power to get these leaders to agree to this step forward in the fight against climate change and species loss. Let’s give these leaders huge public support for this amazing Amazon plan.

The Avaaz community has fought for our forests before, helping to face down threats to the Amazon in Bolivia, Peru and Brazil. This is an opportunity to win a tangible and vital project that could help guarantee all of our futures. If it works, this could be replicated in all the world’s most important forests. Together, this could plant a seed that helps look after the whole world.