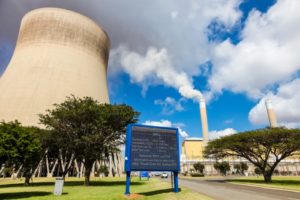 In written arguments submitted on 30 April 2021, ahead of Workers’ Day, the Life After Coal campaign has called on government to set more ambitious greenhouse gas (GHG) emission reduction targets in the effort to diversify South Africa’s energy mix.

As Africa’s worst polluter and most industrialised country, South Africa has an important obligation to accelerate its efforts to cut GHG emission reductions, in order to meet its legal obligations under the Constitution, domestic and international laws and secure climate justice that lays the basis for a just transition for the Continent.

In updating its 2015 NDC – South Africa’s voluntary emission reduction targets under the Paris Agreement – the government has sought to tighten SA’s GHG emission targets. However, it has opted for conservative and unambitious GHG emission ranges for 2021 to 2030, with the consequence that much steeper emission reductions would be needed after 2030. This is despite a call from a United Nation’s intergovernmental climate change panel (the IPCC) for the world to halve its GHG emissions by 2030 to stand a chance of avoiding catastrophic climate change. 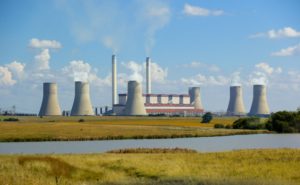 As it stands, the proposed NDC update has been criticised by international organisations such as Climate Action Tracker and the Climate Equity Reference Project, who track the fair share contributions of states to the global climate effort based on their share of the global responsibility for causing the climate problem (i.e. historical and ongoing emissions) and their share of the global capacity to address the problem.

The majority of SA’s GHG emissions come from the energy sector, and the government has flagged the coal-based electricity sector as the major focus point for deep decarbonisation under this NDC update.

“The solutions for major GHG emission reductions are staring us in the face. The government could save money and meet electricity demand, while substantially reducing GHG emissions, by abandoning plans for new coal and gas electricity capacity. It makes no sense that government remains intent to carry on the path of a fossil fuel intensive electricity sector when clean, cheap, job intensive alternatives are available” says Avena Jacklin Climate and Energy Justice Campaigner at groundWork.

“In the context of a climate emergency, knowing that we have less than 10 years to decrease global net human-caused emissions of carbon dioxide in order to have any hope of limiting temperature increase to 1.5 °C, it is no surprise that many are concerned with SA’s climate plans,” says Thabo Sibeko, Earthlife Africa Coal Campaigner. 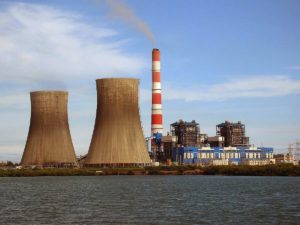 Allowing temperature increase to exceed the 1.5 °C mark will have severe consequences for Southern Africa. These consequences will largely be felt through significant warming, impacts on water resources, and higher frequency of natural disasters with direct effects on human settlements, health, disaster risk management and food security. Children, women and low-income communities will be worst affected by these impacts.

“Not only is SA obliged under international law to come up with an ambitious and fair GHG emission reduction strategy, but the Constitution and South African law require it to refrain from exposing the people of South Africa to the harmful impacts of the climate crisis. The NDC is a crucial document in this regard, and it must respond to the climate challenge from a justice perspective, says Nicole Loser, attorney at the CER.

South Africa’s climate action cannot be contingent on the receipt of financial support. Still, a just and equitable response to the climate crisis on a global scale will need to include unprecedented financial compensation to developing countries like South Africa from northern countries who have historically and over time benefited from emitting a far greater proportion of GHGs. South Africa is itself, also a major global emitter. The country is far more likely to access such climate support if it is ambitious in its climate action – action which is any event urgent and necessary. There also needs to be transparency and accountability on any finance agreements. This important given South Africa’s current exposure to what is already significant debt.