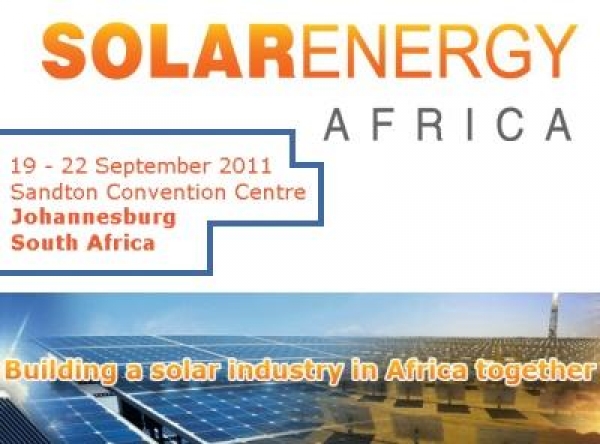 South African Energy and Public Enterprises Ministers, Elizabeth Dipuo Peters and Malusi Gigaba are both speaking at the opening session of the upcoming Solar Energy Africa conference in Johannesburg from 19-20 September.

‘Solar Energy Africa is the platform where we will critically assess how Africa is doing with solar and what assistance they need to take it further. We are providing a very practical take on how solar works, what has happened on the continent so far and what investment opportunities are available’, says Lindiwe Nkosi, project director of the event.

‘Because there hasn’t been much training, teething problems and failed projects seem to be the experience alongside little to no investment in these projects because we as Africans have not validated these sources of energy and their technologies. We have to acknowledge though that with government support, foreign investment and more knowledge on solar energy, Africa will rise to this available source of energy and soar. Solar energy not only will guarantee nights with lights in hospitals or better quality of service in rural Africa, it will create jobs and bring about a better living standard for all.’

According to the Solar Energy Africa director the event also looks at how IPPs (Independent Power Producers) and municipalities can play an effective role within this growing energy sector.  ‘We also give some practical examples of how the financing of solar projects does not have to be a scary and difficult process and how suppliers can play a role through partnerships.’

She continues: ‘we have very practical examples of successful solar projects, both international and local. The site visits in Johannesburg will assist our delegates in understanding what has been said in theory and how to apply it. At the SABS the standardisation of solar is explained and then we visit two businesses, Reutech Renewables and a Pick ‘n Pay store, where we learn how they have implemented solar in their businesses.’

Recently the commercial solar industry in South Africa received a great boost when Public Enterprises Minister Gigaba announced that the African Development Bank had approved the loan of $365 million to Eskom. The minister said during his budget speech in Parliament that Eskom had received this as part of its renewable energy project build programme in line with the IRP.

Says Lindiwe Nkosi, programme director of Solar Energy Africa: ‘Financing and investment of solar energy projects in Africa have always been stumbling blocks preventing governments and utilities to launch out into this readily accessible form of energy. The government cannot achieve renewable energy projects alone and this is the time where the private sector can play an important role in energy distribution.’