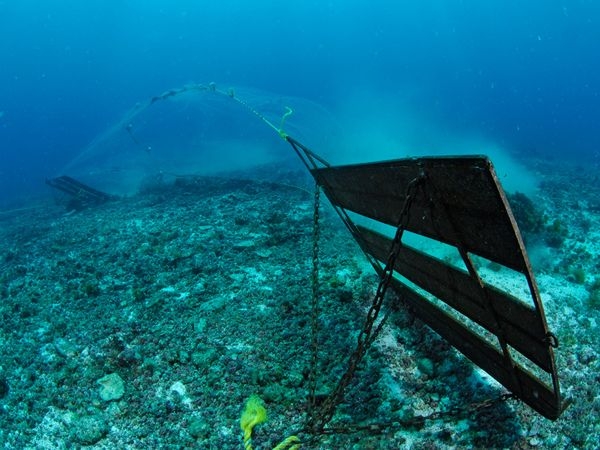 A recent Green Times article focuses on Dr Sylvia Earle, one of the most famous marine biologists in the world who in her lifetime has spent more time underwater than just about anyone else on the planet.

Read what she has to say about Sushi sweeping the oceans clean, how fish are valued only after they are dead, that 96% of Bluefin tuna are gone, that we don’t have to consume krill for omega 3 oils which we can get from growing plankton (no more mercury contaminated salmon oil), that only 10% of the 1950 shark numbers still remain, that most of our oxygen comes from phytoplankton and that 80% of all life on earth is in the oceans.

The ocean is what makes life possible on earth yet no one talks about it. Somehow the rhinos get 100 times more airtime in this country. Many people have “Save the Rhino” stickers on their cars but conveniently ignore the industrial havoc being caused by our seafood industry that almost every one of us is a part of. How much worse does it have to get to move this issue out of our blind spots?

99% of the oceans are open to fishing, the majority of which are almost impossible to police. We cannot control what happens out there, we can only make an impact through our consumer choices and other protest action. Most industrial fishing in the world is no longer financially viable due to the collapse of fish stocks. The only reason industrial fishing fleets still take to the waters is due to massive government subsidies. This has virtually wiped out the livelihoods of small and subsistence coastal fishermen.

Farmed fish not a great option either

Farmed fish (representing just over half of all fish consumed in the world) are in some instances considered worse than “hunted” fish. Already in 1999 it was considered one of the most environmentally destructive food industries on Earth. Apart from the pollution this produces (a Pew Oceans Commission report indicated that one farm of 200,000 fish can discharge the equivalent amount of raw sewage that would require a population of 65,000 people to produce), predatory fish raised in fish farms are fed a blend of ground prey fish that includes anchovies, mackeral, and herring.

A study published in the Proceedings of the National Academy of Sciences indicated that up to 5 pounds of feed fish are required for each pound of predatory fish produced by fish farming. Consequently, the oceans’ supply of these feed fish are becoming depleted faster than they naturally spawn, reducing the food supply of wild and farmed fish alike. There is nothing sustainable about farmed fish. It is estimated that 30% of all small fish are consumed by the agricultural industry.

I know it is fashionable and sexy to care about the Rhinos (and of course they deserve protection) but apparently we only have as many Rhinos as we do because they have been bred for the hunting industry: R150k trophy fee for a White Rhino and R250k trophy fee for a Black Rhino. It would be a great tragedy to see them wiped out as they now have been in Vietnam and Mozambique. Scientists estimate that one (unsexy, unpublicised) species is currently going extinct every 20 minutes and I doubt many of us could name even one. Meanwhile, our very survival is inextricably linked to the health of the oceans.

Although the evidence shows that we need massive intervention to make a really significant impact, the very least we can do is to make informed consumer choices. Stay away from Sushi and prawns, eat Calamari instead. Consult the SASSI and MSC guidelines.

These are far from perfect and in some cases are downright controversial but at least they are making an effort:

Just to give you an example of the controversy surrounding even these guidelines:

They claim the discard rate of the bycatch to be only 10% of total catch, but who is monitoring this on a regular basis? Look at the video material of bottom trawling nets and decide for yourself:

Or video material of the bycatch of Sushi and prawns:

As Jonathan Safran Foer says on page 49 of his book Eating Animals:

The average prawn/shrimp-trawling operation throws 80 to 90 percent of the sea animals it captures overboard, dead or dying, as bycatch.

So, with trawled shrimp from Indonesia, for example, the label might read: 26 POUNDS OF OTHER SEA ANIMALS WERE KILLED AND TOSSED BACK INTO THE OCEAN FOR EVERY 1 POUND OF THIS SHRIMP.