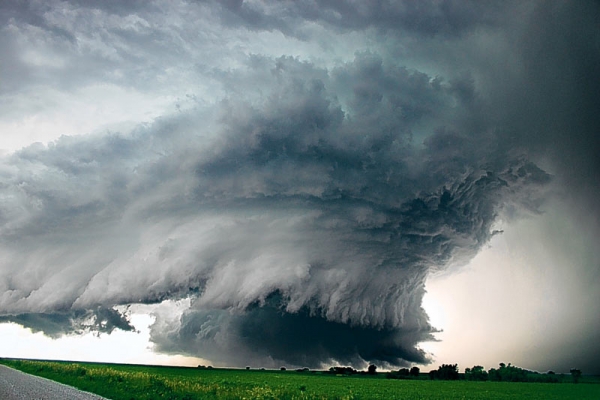 Members of the civil society have reacted angrily at the manner at which the latest round of UN climate talks in Bangkok ended and said it is apparent that the annual UN summit in Doha later this year would approve a plan to take no further action on climate change this decade.

Coming after a series of devastating extreme weather events linked to climate change, such as flooding in the Philippines and the drought in the United States, the lack of action only locks in further catastrophic impacts, said a statement released to the media at the close of the event held in Bangkok, Thailand.

“Bangkok has been the process of peeling back the banana skin of the ‘Durban agreement’ and its clear the insides are very soft and squishy. Although the world understood Durban to confirm that here would be a second commitment period of the Kyoto Protocol, and a set of ambitious decisions to enhance the implementation of the climate convention, this session suggests that this will not be, in any meaningful sense of the words,” said Mohamed Adow, international adviser on climate change at Christian Aid.

According to CSO representatives, although some countries continued to insist that the working group on “Long-term Cooperative Action” continue to work on an agreement, an unholy alliance of the richest and biggest polluting countries, led by the US, insisted that no further agreement on key issues could be reached by countries this year and that the UN should “be silent” on those issues.

Civil society observers responded with anger, which spilled over into protests during the week.

State of the negotiations

“The United States and its allies want the UN to ‘be silent’ on issues where they haven’t yet reached agreement. To be clear that means they want the UN to be silent on solving climate change. The US is taking a wrecking ball to the climate convention and any hope of stopping runaway climate catastrophe,” said Meena Raman, negotiation expert at Third World Network.

Meanwhile, undermining a key alleged achievement of the Durban summit last year, agreement to undertake an effective second commitment period of the Kyoto Protocol was slowed as the EU refused to take on deep emission cuts and others like Australia dragged their feet on fulfilling the promises made in Durban.

“The Kyoto Protocol that the European Union wants here is one that is not legal, but merely a “political decision.” It would also not include a science-based determination of countries’ targets. And the EU is now trying to negotiate an ‘out’ where it doesn’t have to talk about what it’s really going to do until 2016. It’s a sham of what was agreed in Durban and it would be a suicide pill for the world to swallow this,” said Asad Rehman, Head of International Climate at Friends of the Earth EWNI.

He said the EU is using cynical politics to suggest it might increase its target at some future date, for some future agreement.

According to Lidy Nacpil, Director of Jubilee South APMDD, there are substantive proposals on the table that go to the heart of addressing the climate crisis.

So much for a shared vision

She says that these proposals provide for a shared vision and global goal for emission limits, to ensure comparable efforts between countries prior to 2020. This ensures that finance and technology is available for developing countries – on all of this the US and other rich industrialized are saying we should be silent, it’s too hard, too inconvenient, asks too much of big polluters.

“Yet it is the millions of the world’s poorest who will have to pay the price and are already paying,” she said.

Harjeet Singh, of Action Aid International said the science is urgent and clear – there is a pressing threat to our food, farms, water and cities.

He said the conservative IPCC Fourth Assessment Report of 2007 indicated that to achieve a temperature increase of 2.0-2.4°C, global emissions would need to peak between 2000-2015.

“This raises the question of how can we peak our emissions by 2015 if we don’t agree to deep emission cuts before 2020, let alone the preferred temperature goal of below 1.5°C called for by over one hundred countries? No cuts by rich industrialized countries now means stopping that disaster is not possible and won’t happen,” said Singh.