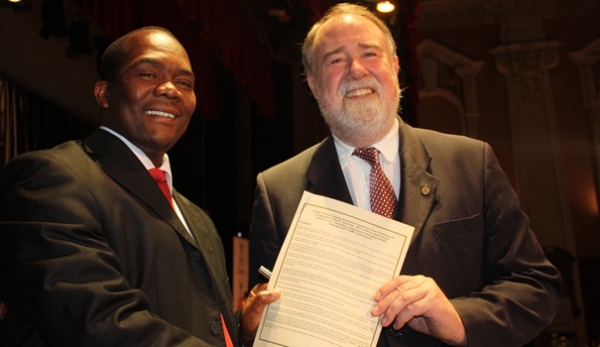 At the Durban Local Government Convention, 114 Mayors and other elected local leaders representing over 950 local governments from around the world have adopted the Durban Adaptation Charter, a political commitment to strengthen local resilience to climate change.

The Durban Local Government Convention: adapting to changing climate towards COP17/ CMP7 and beyond, ran in parallel to the UNFCCC COP17/CMP7 and drew over 700 delegates to the eThekwini City Hall.

What does the Durban Adaptation Charter mean?

By signing the Charter, local governments have committed to: