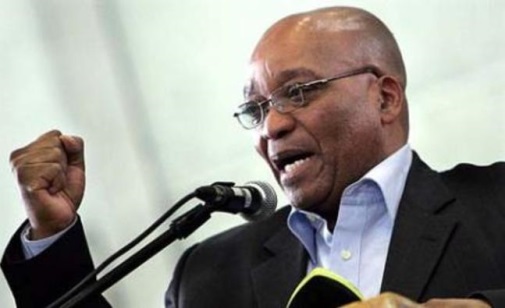 “We want to see physical steps to halt the fracking process….He is the one that needs to put a stop to it [bearing in mind] the new evidence,” CEO Jonathan Deal told reporters in Johannesburg.

TKAG and civil rights group Afriforum hand-delivered a letter to Zuma’s offices at the Union Buildings in Pretoria on Monday.

In the letter the groups call for Zuma to investigate the fracking process and to speak to South Africans about the matter before issuing exploration licences.

Fracking, or hydraulic fracturing, is the process of extracting natural gas from shale rock layers deep within the earth. It involves pumping a mixture of water and chemicals into the ground. Activists have raised concerns about the process as it uses vast quantities of water, and the chemicals could contaminate surface and underground water.

If Zuma fails to address the matter, the two organisations will approach Public Protector Thuli Madonsela. Failing this they will go to the High Court.

Deal said going to court would be the last resort. If needed they were financially secure enough to take the matter to the Constitutional Court on the basis that there have been no meaningful attempts by government to engage with the public on the matter.

Afriforum’s head of environmental affairs, Julius Kleynhans, said that during Zuma’s State-of-the-Nation address in May, the President effectively set the fracking process in motion.

New evidence from abroad and lack of public participation

“Afriforum is concerned with the points raised by TKAG to President Zuma. New evidence presented from abroad and the lack of public participation are issues that require immediate attention.”

The two organisations said this was an opportunity for government to address the flaws in the shale gas mining process without the need for expensive and embarrassing litigation from citizens.