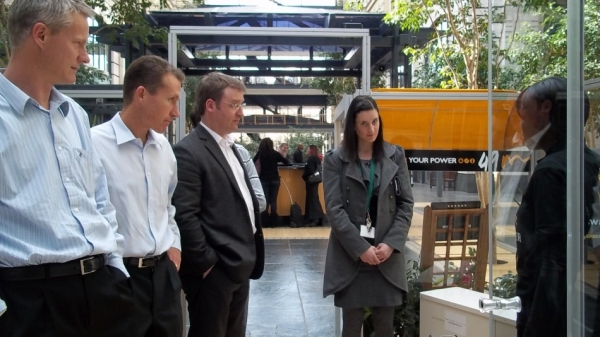 Carbon emissions per full time employee decreased by 6.1% during 2011 (to 10.1 tons of carbon dioxide equivalent) in the Nedbank Group, while emissions per square metre of office space reduced by a sizeable 10.9%.

Energy efficiency has become entrenched as one of the core sustainability measures at the Nedbank Group. They are also one of the premier supporters of the 49M campaign, aimed at getting all South Africans to reduce electricity consumption and live more energy efficient lifestyles.

Nedbank is Africa’s first carbon neutral financial services organisation. In this process Nedbank has significantly reduced its own electricity consumption over the past few years through a wide range of measures, including the installation of energy efficient air conditioners and lighting, motion sensors and optimisation of information technology servers.

The group estimates that around 75% of its carbon footprint is derived from electricity, so there is a major focus on reducing consumption throughout campus sites and branches. As a result of the business growth across Nedbank’s operations last year, the overall electricity usage in the bank rose by 7.9% due to an increase in buildings and occupied square metres. Yet they enjoyed an electricity intensity reduction of 3.8% per full time employee.

Keeping an eye on energy usage

Nedbank has been closely tracking its electricity usage since 2005 and has made some big behavioral and usage improvements across its operations with an aim to increase its energy efficiency per full time employee by 12% between 2009 and 2015.

Apart from taking steps to optimise electricity consumption within its operations, Nedbank actively encourages their staff and customers to save electricity at work and at home. The bank fully supports the 49M campaign as a societal initiative that can have a major positive impact through collective and individual action.

Nedbank’s Phase II head office building in Sandton and The Ridgeside in Durban are 4 Star Rated Green buildings. Its Pretoria regional office will soon be located in the new Menlyn Maine Green Precinct, which is the first ‘green city’ in Africa. These green buildings are symbolic of Nedbank’s ongoing sustainability journey as the green and caring bank. It also demonstrates its commitment to creating a great place to work and entrenching a culture of sustainability in the lives of staff.

Innovation plays an important role in Nedbank’s quest to reduce electricity consumption as part of its own intensity reduction targets and as part of the national priority to reduce demand on Eskom’s base load electricity supply.

An example of this innovation is Nedbank’s implementation of Africa’s first partially wind-powered bank branch at Du Noon in the Western Cape. While this pilot project is still only in its early stages, it has already proved its worth and could lead to other wind-powered initiatives in coastal areas. A further example is Nedbank Capital’s sponsoring of solar-power traffic lights in the Sandton CBD. 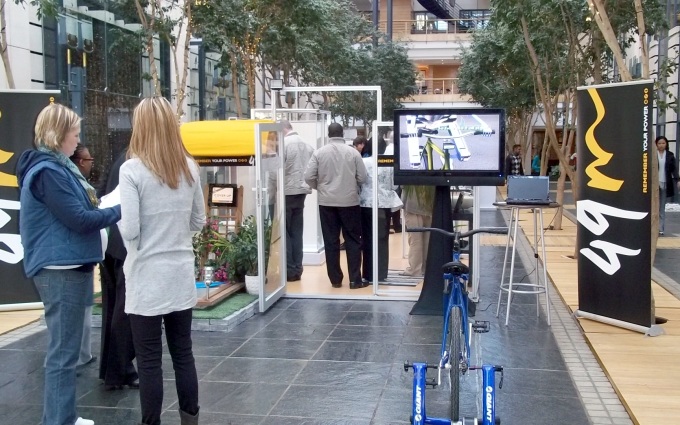 When it comes to encouraging electricity saving among its customer base, Nedbank has also been innovative through enabling its insurance customers to replace electric geysers with solar geysers, should their geysers malfunction or require replacement.

Nedbank believes in the power of the collective and knows how important this factor is in enabling the 49M campaign to have the desired effect in communities across South Africa.

As far as its own staff members are concerned, Nedbank has encouraged them to, among other things: use stairs instead of lifts where possible; turn off lights when not in use; unplug cell phone chargers; and switch off monitors overnight. Nedbank’s internal load-shedding programme has also included the replacement of light bulbs and fittings with more efficient lighting – such as LED lighting.

Indicating its commitment to South Africa’s contribution to the annual Earth Hour, Nedbank regularly participates in activities to highlight this special hour when non-essential lighting is turned off around the world. This year, Nedbank switched off all its main campus buildings as well as branches.