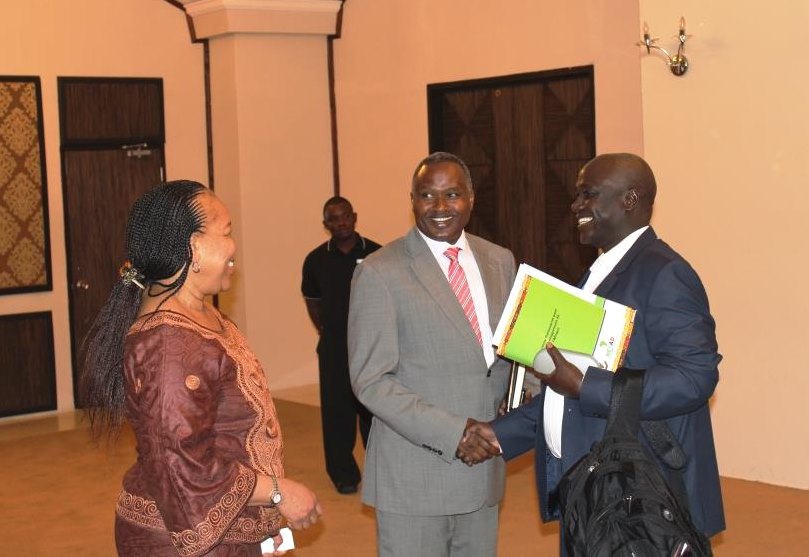 A newly adopted African Union Model Law on Medical Products Regulation and the establishment of an African Medicines Agency threatens to undermine the sovereignty of all African Nation-States in their regulation of medicines. This scheme, drafted behind closed doors, will significantly boost Big Pharma’s market-share on the continent, and will ensnare Traditional & Natural Health Products, foods and cosmetics into a harmonised regulatory framework.

A few days after President Zuma signed the controversial Medicines and Related Substances Amendment Bill into law in January, I stumbled across an online press release by the South African based NEPAD Agency titled ‘Ministers of Justice and Attorney Generals of the African Union Adopt the Model Law on Medical Products Regulation in Africa’.

55 national medicines regulatory authorities in Africa to be ‘harmonised’

It states that the African Union recently ratified a Directive (Model Law) which will harmonise all national legislation for medicines administered by 55 national medicines regulatory authorities throughout Africa.

One would have thought that a grand scheme of this magnitude would have been widely publicised in the media, yet there is little information on the subject in the public domain. Further research on the subject over the last five weeks has revealed that a new African Medicines Agency will soon be established.  This body run by bureaucrats and staffed by technocrats will enable, monitor and enforce the Model Law.

South Africa has recently established an Institute for Regulatory Science at various universities, which offer post-graduate degrees in ‘Regulatory Medicine’, sponsored by the Bill and Melinda Gates Foundation, the European Union and the World Health Organisation. An envisaged 600 graduates are expected to fill posts at the African Medicines Agency and national regulators. Retired regulators from authorities such as the US Food and Drug Administration (FDA) have been recruited to train these students. 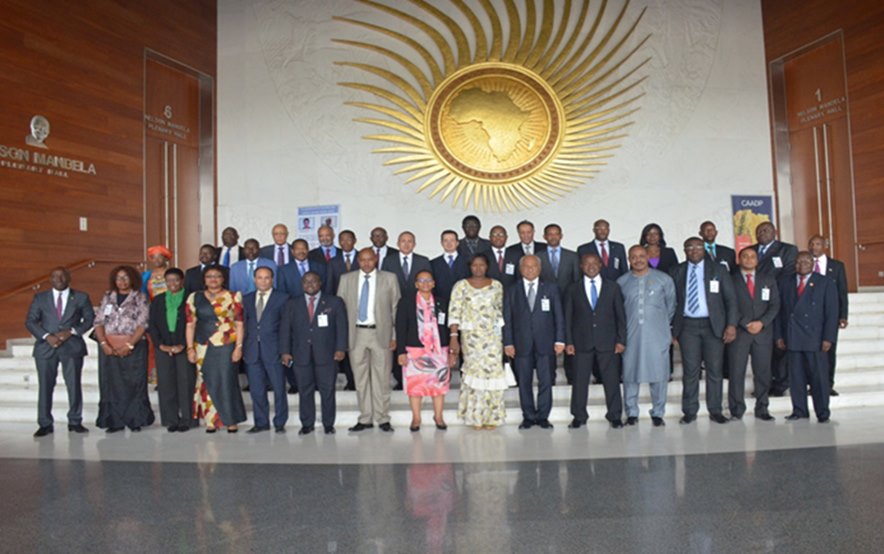 Ministers of Justice and Attorney Generals of the African Union convene at the Pan African Parliament in Addis Ababa between the 12th and 13th of November 2015 to ratify the Model Law on Medical Products Regulation.

The Model Law, according its architects, will benefit pharmaceutical sector development on the continent, and reduce the time taken to register novel and generic drugs, medical devices, and ‘other related products’, which will include traditional and natural health products (CAMS).  This agency will ultimately make decisions for the health of over 1 billion people.

It appears our gains in lobbying for the South African legislature to remove traditional and natural products from the operation of the Medicines and Related Substances Act may be short-lived with the passing of this Model Law, and the establishment of an African Medicines Agency.

Behind the stated aims of this scheme are noble goals like combatting counterfeit medicines and the sharing of information and resources among under-developed regulators.  The reality is that this Model Law and African Medicines Authority will create fertile ground for foreign pharmaceutical manufacturers to register and sell more of their products in Africa.

Already, Western pharmaceutical companies are looking to expand their manufacturing capacity in Africa through local partnerships.

Foreign authorities and multinational organizations tied to some of the biggest novel pharmaceutical drug producing countries (see map below) have been the principal drivers of this harmonisation scheme initiated by the NEPAD Agency and seed-funded by the Bill and Melinda Gates Foundation to the tune of US $12.5 million dollars. 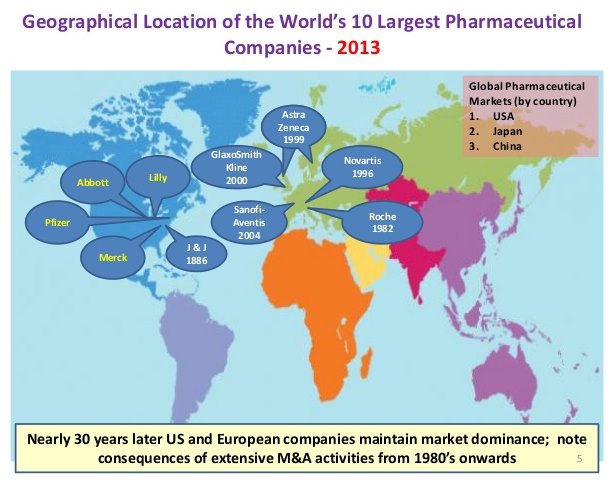 To see which stakeholders have been directly involved download the full document here.

Harmonisation and the loss of national sovereignty

According to Article 3 of the Model Law “harmonisation” means alignment or adjustment of differences and inconsistencies among different laws, regulations, methods, procedures, schedules, specifications, or systems of National Medical Products Regulatory Agencies/Authorities.

This means that all 55 national medicines regulatory authorities in Africa will fall under the auspices of the African Medicines Agency and will be compelled to redraft their domestic medicines laws along the prescripts of the Model Law.

Model Law to be supreme law for medicines regulation in Africa

In a nutshell, the Model Law has become the supreme law for medicines regulation in Africa, and any laws or regulations inconsistent with it will be in a breach of a Directive of the Pan African Parliament.

Although the Nepad Agency and the AU have gone to some lengths to reassure governments and stakeholders that the operation of the Model Law doesn’t mean a loss of sovereignty / autonomy, it does concede that this may not be the case in later stages when the scheme matures.

Medicines law harmonisation has occurred in two phases in Africa over the past decade.  First, the Regional Economic Communities in Africa harmonised their laws in order to facilitate trade in their regions.

Now, under the Model Law, they will fall under one African Medicines Agency.

No public or civil society engagement

Ever since the founding of the Pharmaceutical Manufacturing Plan for Africa by the NEPAD Agency eleven years ago, which led to the Model Law and the establishment of a African Medicines Agency,  civil society and the public have never been invited to participate in the law-making processes.  Instead, meetings have occurred behind closed doors with little information released in the public domain.  Still today, one cannot find a copy of the Model Law anywhere on the internet.

High level meetings have occurred all across the globe, with foreign regulators, global donors, multi-national organizations, Big Pharma and well-placed politicians in the AU and member states. 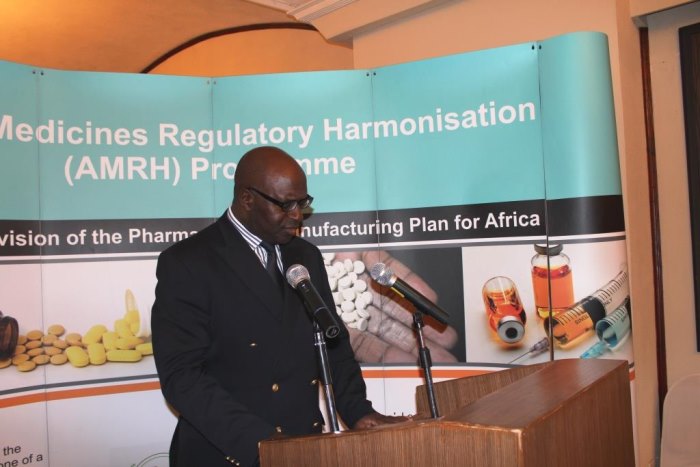 World Bank Senior Operations Officer Apollo Muhairwe pledged a commitment to mobilise resources to ensure the effective impact of the sensitisation and implementing of the Law.

With the African Medicines Authority firmly under the control of the Pan African Parliament, and national medicines regulatory authorities having their laws effectively governed by the Model Law, it will be almost impossible for civil society and the public to hold the new authorities to account when harmonisation begins.

No longer will the elected politicians of individual African Parliaments have control over their drug policies. If any of the regulations imposed become problematic, civil society will have to petition the African Union Commission directly. Alternatively, legal action will have to take place at the African Court of Justice and Human Rights in Arusha, Tanzania.

So writes Anthony Rees of the Traditional and Natural Health Allicance. It is clear that the work of the TNHA will have to be expanded in the future, not only to monitor domestic legislation that impacts on traditional and natural health products, but also  continental and international harmonisation schemes which indirectly affect our domestic laws.

How will the model law affect traditional & natural health products?

Article 3 and 15 of the Model Law make explicit provision for the regulation of traditional and natural health products to be governed by the African Medicines Agency. Firstly there is an enabling clause in the Article which defines “other regulated products’, including complementary medicines, cosmetics, food and other related products. This broad definition allows for the African Medicine Agency to classify African Traditional Medicines at a later stage.

The definition of a ‘medicine’ is copied word-for-word from the South African Medicines and Related Substances Control Act. This definition, drafted 50 years ago is so broad it can encompass water and air if sold for dehydration or to assist breathing respectively.

Article 35 calls for the future drafting of regulations under the Model Law to regulate these ‘other related products’. The African Medicines Agency will issue regulations for such ‘related products’ to ensure that they comply with prescribed standards.

In terms of Article 15, no person shall manufacture, import, export, supply, store, distribute or sell any medicinal product, unless the person has been issued with a license by the Agency/Authority.
We are not aware of any traditional or natural health stakeholders in Africa, who have approved the inclusion of these products under the Model Law.

It has been six months since we heard that the Medicines Control Council (MCC) of South Africa had finalised the drafting of significant amendments to the Complementary Medicines regulations, first gazetted in November 2013. We are led to believe they have been put on ice, with no reasons given.
Perhaps, the MCC is waiting for regulations to be published under Article 35 of the Model Law, thereby absolving it from sustaining aggrieved local stakeholders. Who knows?

Striking similarities with bill 6 of 2014

What is striking about the Model Law is that most of its Articles appear to be identical to recent amendments to our Medicines and Related Substance Act (Act 101 of 1965), signed on the 8th of January 2016.

South Africa plays the leading role in this African harmonisation scheme, with the Nepad Agency based in Halfway House, Midrand, and many of the meetings on the Pharmaceutical Manufacturing Plan for Africa having been hosted in our country. There is no doubt that Bill 6 was drafted to allow South Africa to be the first country to implement this scheme.

What is particularly worrying is that during all the meetings held when drafting the Bill at the Parliamentary Portfolio Committee for Health last year and the year before, no mention was ever made publically about the Model Law or the African Medicines Agency.

In fact, our own Medicines Control Council has kept mum on these developments, with major stakeholders and academics having only now finding out about this scheme.

Fellow Africans …. What is really going on?