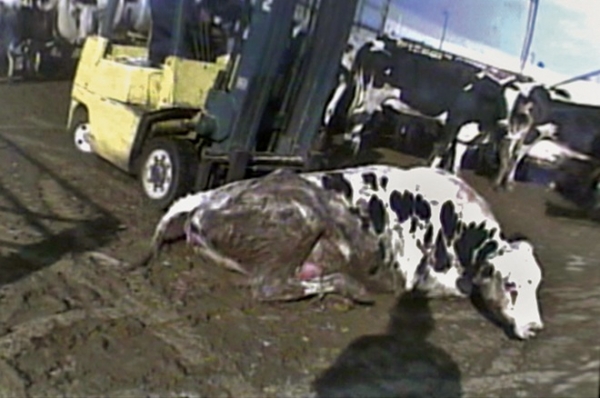 A wave of laws that target animal welfare activists who take undercover videos at factory farms has been criticized for chilling free speech and allowing cruelty to continue in secret. But it’s not only animal well-being at issue. So is public health.

“The ag-gag laws are touted as preventing animal activists from getting access to private places, but there’s a much broader concern the public should have,” said Elisabeth Holmes, a staff attorney at the nonprofit Center for Food Safety. “Public health issues, food safety issues, environmental issues: all those things can be exposed through undercover investigations.”

The first-ever ag-gag prosecution, involving a Utah woman who took roadside videos of cows at a Draper City slaughterhouse, was announced this this week. Charges were soon dropped, but the incident hinted at a future in which farms are largely hidden from public sight.

Ag-gag laws were passed in Iowa, Missouri and Utah in 2011 and 2012, and submitted for consideration in ten state legislatures — Arkansas, California, Indiana, Nebraska, New Hampshire, New Mexico, Pennsylvania, Tennessee, Wyoming, and Vermont — this year. Broadly speaking, they make it illegal to take photographs or videos without farmer consent, though some go further. Pennsylvania’s proposed law, criminalizes downloading such material over the internet.

The laws have drawn disapproval from many quarters, including the American Civil Liberties Union and the National Press Photographers Union, who say they threaten public discourse, though most criticisms focus on abuse of animals that might go unchecked in the absence of activist attention.

“At the end of the day it’s about personal property rights or the individual right to privacy,” said Bill Meierling, a spokesman for the American Legislative Exchange Council, a conservative business group that drafted the model for many of the ag-gag laws, to the Associated Press. “You wouldn’t want me coming into your home with a hidden camera.”

The nation’s food, however, doesn’t come from people’s homes. It comes from farms — and in a food system that’s both vulnerable and productive, with a single burger containing meat from multiple farms, making problems at a single facility a potentially national issue, hidden cameras are often the only cameras. Much of what’s publicly known about factory farms comes from activities that could soon be illegal. 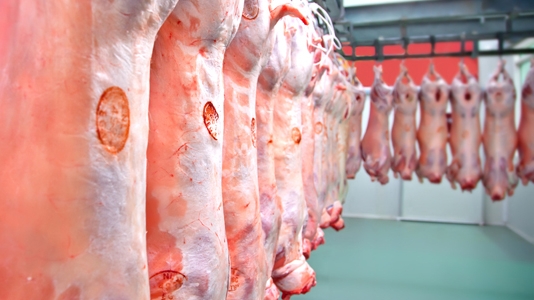 “It’s important for the public to know what’s going on inside these operations,” said Bob Martin, former executive director of the Pew Commission on Industrial Animal Farm Production, which in 2009 concluded that “the current industrial farm production system often posses unacceptable risks to public health, the environment and the welfare of the animals themselves.”

In one instructive example of what undercover farm videos can accomplish, the largest meat recall in U.S. history was prompted by the secret 2006 taping of so-called downer cows, too sick or weak to stand, being forklifted into position at a Westland/Hallmark Meat Company plant in southern California.

Under California’s ag-gag bill, the person who took that video would have been a criminal. That bill failed to pass, as did Indiana’s, but others remain under consideration. In Tennessee, where undercover videos have spotlighted Tyson Foods chicken farms, an ag-gag bill is now awaiting the Governor’s decision.

Aside from specific incidents of abuse, undercover videos have also drawn attention to industry practices that are routine but unhealthy, such as housing chickens in dark, befouled battery cages. Criticized by animal welfare advocates on ethical grounds, the cages also hasten the sickening of birds and spread of salmonella. Such conditions in turn lead to human illness and, more perniciously, antibiotic overuse that spawns drug-resistant superbugs.

“The reason these are public health issues, and not just animal rights issues, is that those unsanitary conditions provide breeding grounds” for disease, said Holmes.

Environmental abuses, such as groundwater-contaminating manure “lagoons” outside hog farms, may also be documented by activists. Monitoring farm pollution is ostensibly the job of federal regulators, but the agriculture industry stalled Environmental Protection Agency plans to clean up manure lagoons.

As for farm animals, the Department of Agriculture has far too few inspectors to do the job well, and many farms are exempted altogether from workplace inspections. “There isn’t very much oversight at the farm,” said Gail Hansen, a former veterinarian and epidemiologist who’s now the senior officer for the Pew Campaign on Human Health and Industrial Farming. Hansen said that third-party monitoring, such as by independent companies, is also absent. Activists fill a largely vacant oversight niche.

Martin credited activist investigations with drawing mainstream attention to factory farming, which in turn supports food safety efforts. “Public health officials aren’t allowed inside,” he said. “The only glimpse we get is when we see these types of videos. The industry loves to operate in secret.”

“The industry feels the ultimate goal of the videos is disingenuous,” said Meredith. “Some of the videos have highlighted some bad actors and bad instances of abuse, but I want to make very clear that the industry doesn’t condone abuse.” She said the industry has taken steps to police itself, including inviting veterinarians and scientists to review undercover videos for the Center for Food Integrity, an industry advocacy group.

We should focus on improving conditions

Charlie Arnot, the Center for Food Integrity’s CEO, echoed Meredith’s insistence that animal mistreatment on farms is rare. He declined to comment on specific ag-gag laws, but said that “we’d encourage people to be as transparent about processes in agriculture as possible.”

“We don’t think closing barn doors and prohibiting cameras is the right thing to do,” said Arnot. At the same time, though, he said undercover investigations are not a solution, and even cameras on every farm wouldn’t suffice.

The industry needs to make it easier for farmers and farm employees to report animal abuse, said Arnot, and to foster a working environment in which mistreatment is not tolerated. “I think the answer is to create and maintain a culture of animal care, and to be careful about what we do,” he said. “I think that culture exists in most places today.”

Video still of a downed cow forklifted into position at a Hallmark/Westland Meat Packing Company plant in Chino, California. Filmed in 2008 by an undercover investigator with the Humane Society of the United States, the video led to the largest meat recall in U.S. history. Image: HSUS