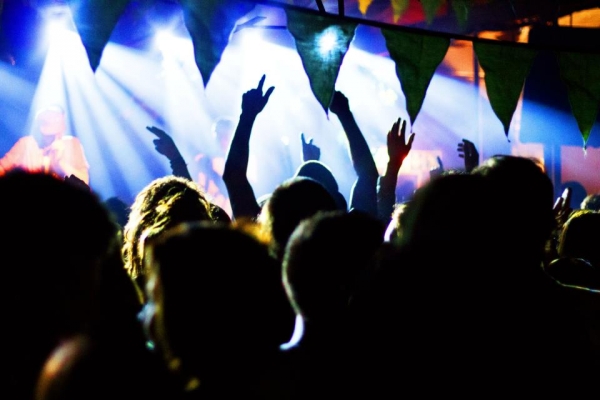 Treeplanting social enterprise Greenpop celebrated their 2nd birthday earlier this month with the fourth Cool as Folk party, held at The Assembly in Cape Town.

The evening started with the first screening of the Trees for Zambia highlights film and a beautiful photo show by Sydelle Willow Smith. Makhulu Productions put together documentary footage which was a touching portrayal of the Zambia trip:

Nakhane Toure started off the live music portion of the evening with his first gig ever in Cape Town. Fresh from a great set at OppiKoppi Sweet Thing, this Joburg-based singer/acoustic guitarist got the evening off to an appropriately African folk-flavored start and we certainly look forward to hearing more from him soon. 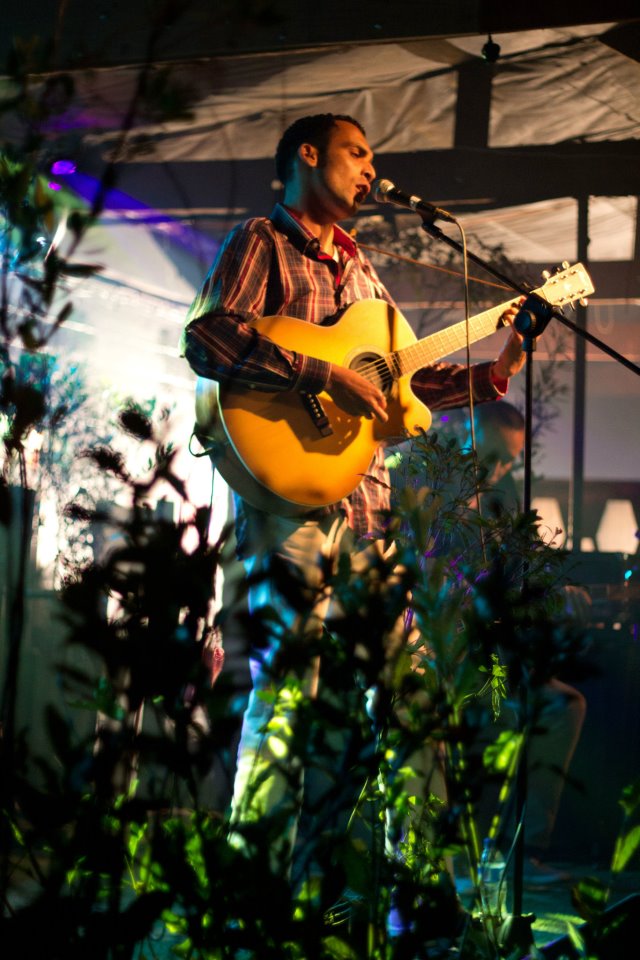 Larry Joe (above) was next, leading a jazz-tinged pop trio. I enjoying their nice mellow vibes. Larry certainly has an interesting back story too. He recorded his debut album ‘Crazy Life’ in a single cell while incarcerated, and it was released on the same day he was in December 2010. Way to not let your circumstances get you down Larry, and keep up the great work! 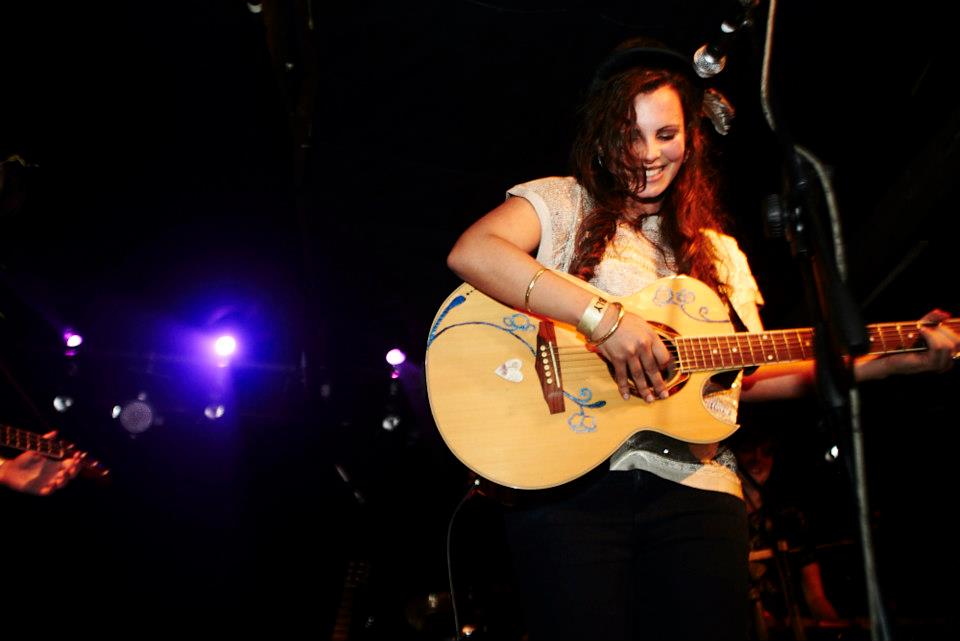 TouchWood is an instrumental trio that play an exotic array of instruments including cello, ukulele, electric violin, guitar, African marimbas and drums. Made up of Cape Town ladies Julia Johnson, Ruth De Freitas and Tessa Johnson, they describe their style as ‘gypsy-afro-folk’ and I’d say that is an appropriate way of putting it. 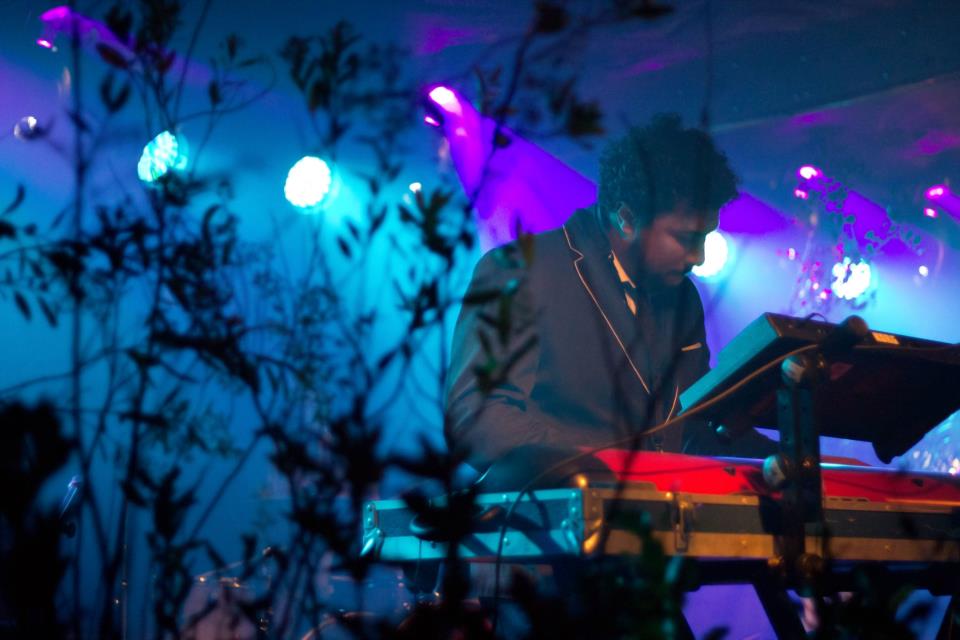 Next up, we got to experience the joyful reggae vibes of the Little Kings. This band has grown in leaps and bounds since I last saw them. A very full sound, with smiles all around and amazing musicianship, this ‘green crowd’ was especially open to their message of social awareness.

Garnering great support from a constantly growing fan-base the 5 piece band is led by Ryan Kidwell on lead vocals and guitars and Ryan Mcarthur on bass, Nick Ornellas on drums, Clement Carr on keys and sax and Bongiwe Mpanza on backing vocals. 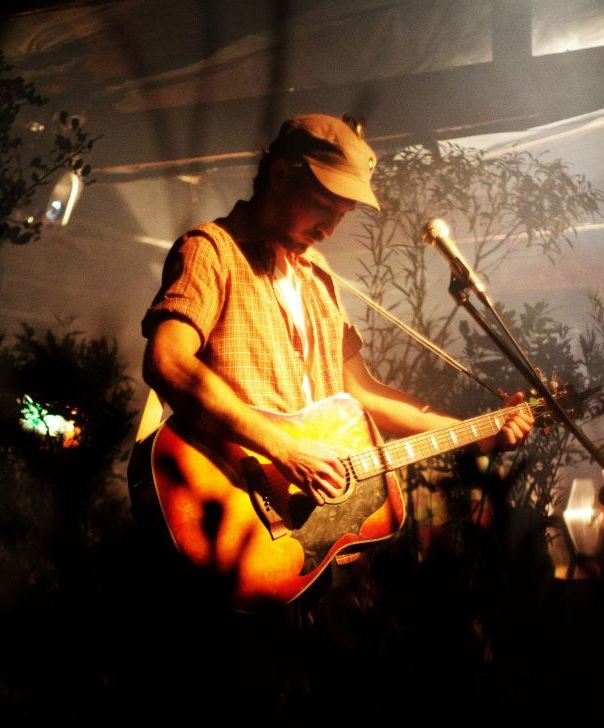 Without further ado, Jeremy Loops and his ever-present pedal collection came on to send the whole night’s rhythm into joyful overdrive. Fresh from a very well-received national tour culminating in a stunning OppiKoppi debut, Jeremy returns for his first hometown gig in ages. 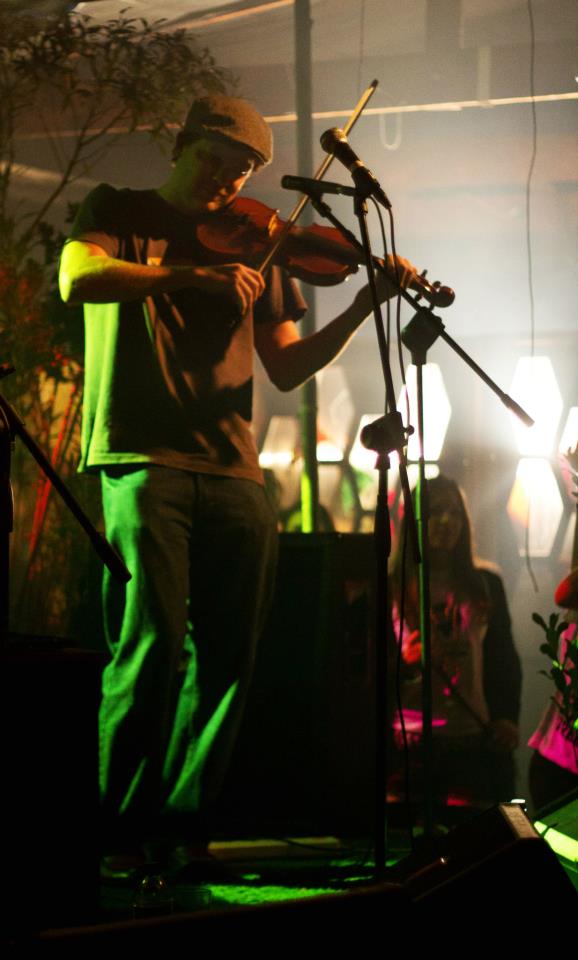 For those new to his eccentric stylings, Mr. Loops intersperses acoustic guitar, harmonica and beatbox grooves via his loop pedals, with a revolving cast of other live musicians rapping, playing electric guitar, sax and more. It’s a festive, colourful climax of uplifting grooves and melodies. 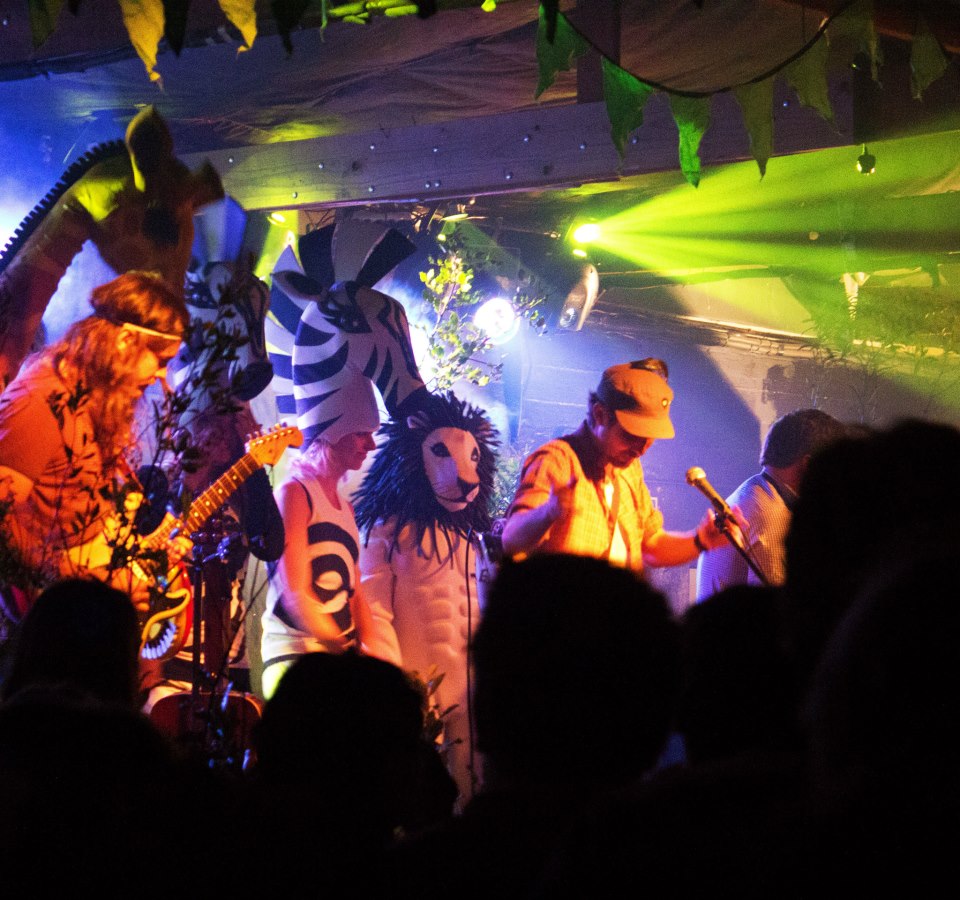 One of the major hits was the BOS Ice Tea photo-booth open to anyone and everyone who was keen to throw on a wig or two and capture an awesome night in one pose. The African theme was very much present, with kids in animal suits spotted all over the place (see above where they even came up to join Jeremy Loops’s ever-expanding troupe!) The lovely Jagermeister girls were also there prancing through the crowd doing what they do best.

The night came to a close with some fantastic sets by the likes of DJ Richard the third, DJ BobzYourUncle and DJ Lt. Fizzer who were jamming on the turntables until the early hours of the morning. The vibrations of the music could be felt in the walls, thanks to Hellfire, who did an amazing job of sound and lighting throughout the evening.

It was a night filled with good vibes, a can-do attitude, hundreds of beautiful Capetonians and stunning tunes. I’m looking forward to seeing many of these ‘treevolutionaries’ at the eagerly awaited Rocking The Daisies coming any day now.

Greenpop partnered with Bicycle CPT this year and a large group cycled to the party. This was done to raise awareness about cycling, raise funds to buy bicycles for Gugulethu commuters and celebrate Spring. All who cycled there entered the lucky draw for an awesome Levi’s ® COMMUTER kit, which was won by one lucky individual.

Reliance Compost also came on board this year to audit and offset the party, helping to make it Greenpop’s first-ever officially carbon neutral event.

Photos by Chandre Engelbrecht, except where indicated.