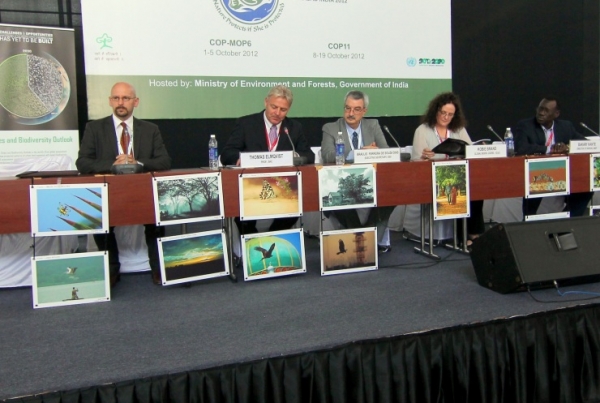 Launch of the Cities and Biodiversity Outlook report.

Close to 500 participants, including approximately 220 local government representatives from 47 countries, covering every major region of the world attended the knowledge-packed city and sub-national biodiversity summit, Cities for Life, held in parallel with COP11 on 15 and 16 October in Hyderabad, India.

Participants included 60 city and sub-national leaders (governors, mayors, deputy mayors, and commissioners) as well as representatives of national, international and UN organizations, and experts in the field. With the aim to foster and unite local action for biodiversity, ICLEI – Local Governments for Sustainability and the Secretariat of the Convention on Biological Diversity (CBD) collaborated with the government of Andhra Pradesh, the Greater Hyderabad Municipal Corporation and the Government of India to organize the summit at the Hyderabad International Convention Centre.

The summit took stock of progress since the previous Biodiversity in Cities Summit at the COP10 in Nagoya, Japan, and outlined the latest tools, initiatives and networks, illustrating throughout the value of bringing nature back into cities. At the core of the summit lay a strong and consolidated commitment by local governments, sub-national governments, academia and international organizations to the implementation of biodiversity conservation and management. 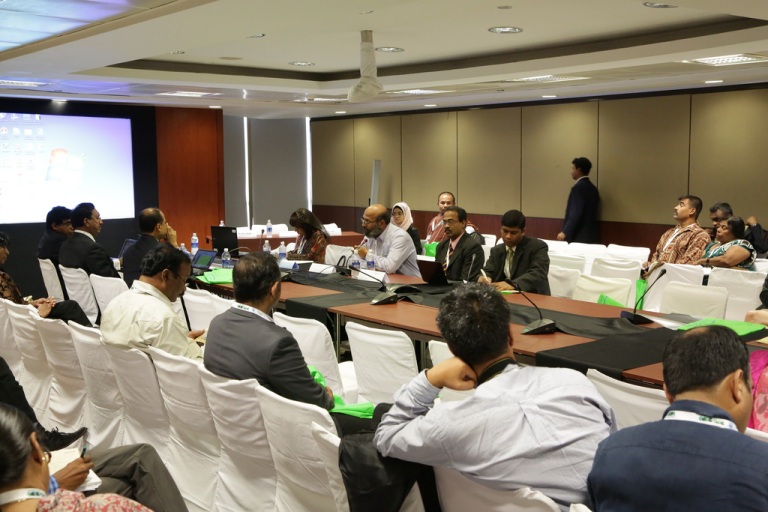 As part of the summit, a draft implementation plan for local and sub-national governments in response to COP decision X/22 and the Plan of Action, will be submitted on behalf of local and sub-national governments to the CBD. Supporting this agreement, Troy Pickard, the Mayor of Joondalup, Australia, emphasised that it is with renewed commitment and heightened ambition that cities of the world are ready and willing to meet the Aichi Targets.

An exciting document inaugurated on the first day of the summit, the Cities and Biodiversity Outlook (CBO) is the first global assessment of its kind investigating the links between urbanization, biodiversity and ecosystem services, which was prepared in response to the Plan of Action ratified in Nagoya in 2010. Following the launch of the CBO, ICLEI and the CBD signed an MoU to cement their bond and long history of working together, recognizing the significant global benefits of strengthening collaboration towards integrated and coordinated activities in support of biodiversity and ecosystem management at the local level. 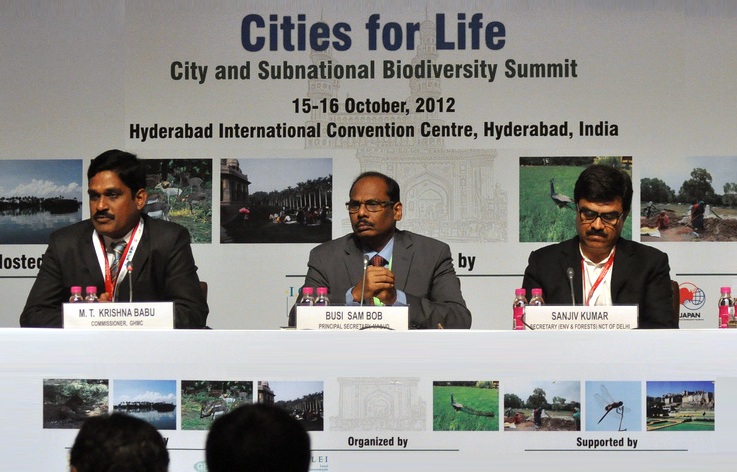 A landmark programme was launched on day two of the summit: the LAB India programme, which joins a global network of local governments committed to galvanizing local action for biodiversity. Notably, the cities of Hyderabad, Thane, Delhi-NCT, Guntur, Shimla, Anantapur District, Kurunegala, Matale and Varanasi signed the Durban Commitment as the first step towards their commitment towards this programme.

Also introduced at the summite by Kobie Brand, was the Cities in Biodiversity Hotspots Programme, a ten-year global initiative seeking to provide over 250 cities located in and around the 35 biodiversity hotspots of the world with a platform to take action on biodiversity and aid city-to-city learning. 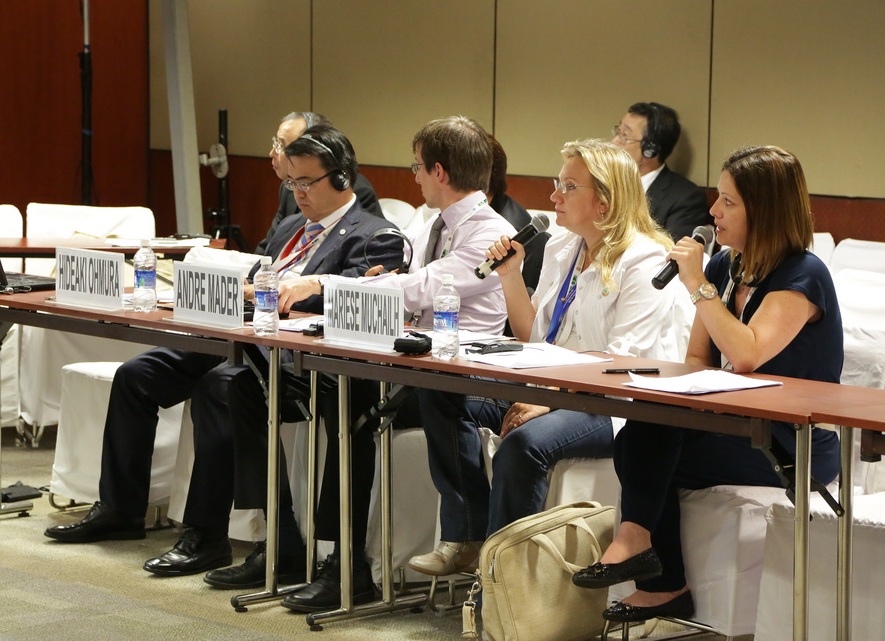 Ecosystem Networking with the ‘Aichi Method,’ Aichi’s Pragmatic Approach to Biodiversity as a Sub-national Government.

The summit closed with local and sub-national governments discussing individual efforts and challenges in leading biodiversity initiatives and coming together for the final session to consolidate the messages of the summit and report the outcomes in the form of the Hyderabad Declaration, with a purpose to reflect a CBD COP draft decision, outlining what the parties are further committing to.

This crucial summit declaration was finalized and will be presented as the message from local and sub-national governments at the high level segment by Hi Worshipful Mayor Mohammad Majid Hussainthe, Mayor of Hyderabad.