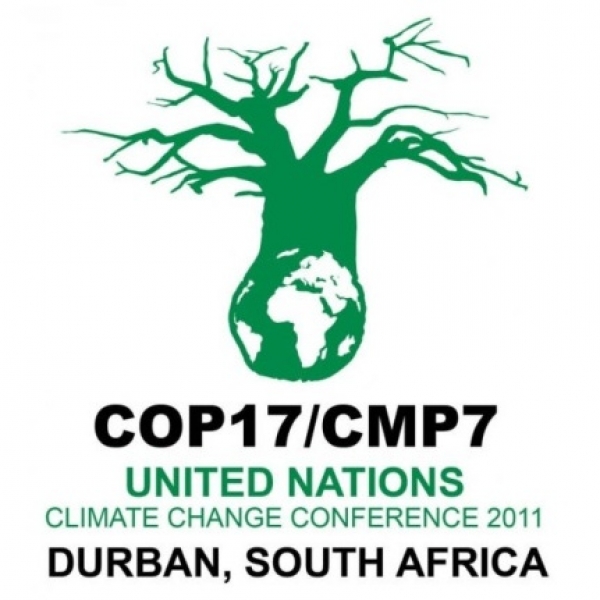 It is up to civil society to prevent a potential “genocide” or “ecocide” being agreed to at the Durban Conference of the Parties (COP17) which starts in Durban this week.

These are the weighty words of Pablo Solon, one of the world’s top climate change negotiators, who had stood his ground firmly against the world at last year’s COP16, held in Cancun, Mexico. There he believed the deal on the table would do more harm to the developing world than good.

Solon spoke in Cape Town at a Harold Wolpe Memorial Lecture shortly after landing in South Africa for the international talks, regarded as make or break time for a global deal to reduce harmful greenhouse emissions.

His was a clarion call for all South Africans to be involved in bolstering the hand of negotiators of vulnerable countries and especially our government to ensure a deal that would set a path for climate justice and restore the dignity of Africa and others whom development had so far eluded. He also proposed a novel solution to tax rich countries  0,75% of their GDP. This could render $600bn next year to help developing countries leapfrog to greener development paths – a suggestion that is bound to raise controversy.

Solon suggested that the formal negotiations could fail the developing world, given his experience “inside.” “The key thing is not the talks inside, but those outside…It is to inform the public that there is a need for reform. We must do everything to stop an agreement that would burn the world and especially cook Africa.”

He emphasized that the current deals on the table would not prevent a world average rise of 4 degrees Celsius in temperature this century – which could mean that Africa heats up by a staggering 8 degrees, according to the UN Environment Programme‘s latest predictions. This would be “genocide”, as it would wipe out human living conditions on the continent.

Solon, who was Bolivia’s ambassador to the UN for three years, is at COP17 in Durban. This time not as a formal negotiator, but in his personal capacity to lead a civil society bid to pressurize negotiators to  come to a fair, legally binding and ambitious agreement,  and  agitate for a new approach to the talks – one in which the Rights of Mother Earth takes precedence.

He had helped spearhead the consultations that led to the adoption of the Universal Declaration of the Rights of Mother Earth in Bolivia and in Ecuador last year. This has since sprouted a Global Alliance for the Rights of Mother Earth. The Climate Train engagements across South Africa has participated in piloting a local declaration, in the form of a People’s Climate Charter draft document – intended to result in a solidarity declaration from an African perspective.

Solon said that since Cancun, most developed countries have softened their earlier promises. Neither has much come of commitments for funding to vulnerable and poor countries to help them reduce emissions and adapt to severe weather events. He said many of the pledges, vaguer promises and carbon market mechanisms made recently actually shifts carbon reduction burdens to developing countries. Thereby,  hesaid they were “cheating”.

“I have been inside COP15 and 16”, he said. “What is the discussion about really, the most key issue? (It is) what is going to be the emission reductions from the developed countries…If the reductions are strong we will see a stabilisation of climate without a catastrophe. If the Durban (reduction) figure is low, the whole plan will (slide).”

Even though negotiators may make progress, the last 24 hours before the conclusion is crucial as heads of state tend to intervene to push national interests and this is where civil society should be prepared to amplify their voices to counteract the trend.

“The situation is very dangerous here in South Africa. We can have a worse result than Cancun and even Copenhagen (COP15), which could leave us with more non-sustainable market mechanism agreements”, he stressed.

“In Cancun many developing countries fell for the promises of carbon market money, when a proper climate deal started eluding the conference.”

Only a systemic change in how the world functions and a new respect for “Mother Earth” could really stave off cataclysm.

“The issue not being discussed (but should be) in the negotiations is the real cause of climate change and growth in greenhouse gasses”, said the man who had spearheaded numerous UN campaigns on amongst other the rights of indigenous people and human rights of access to clean water.

“What drives climate change…is a system of profit and harm… in which only humans have rights and the rest is treated as objects,  that can be exploited and polluted. This has to change if we want to save the earth…“

We should talk in the UN about structural causes of climate change and about giving nature rights and laws. We should change the way we relate to nature now, to respect Mother Earth.
“Change the system, not the climate!”

Solon also said that part of the problem was that 1% of the world controls 50% of its resources, something he believes has to change so that “all shall live well” on the planet, including other living beings, thus protecting ecosystems.

“We should be discussing mechanisms to distribute resources in a fairer way (to counteract for instance unemployment and poverty)”, he said. “We need a balance between the needs of humans and Mother Earth…This system of competition and efficiency does not work. We need another system based on solidarity, sharing and respect. It is a pity we don’t discuss this in the UN…The only solution is to have a strong civil society following what is happening to resources belonging to all of us.”

“Some are only willing to reduce with 3% from 1990 levels in the next decade, such as the US and Canada, some say 30%”, Solon pointed out with dismay.

This core agreement was rejected by Solon and his country at Cancun, to the chagrin of many. He still defends his stance – often alone in the negating chamber – that it would be tantamount to “suicide”. On suggestions that the Cancun draft agreements could be “saved” in Durban, he is somewhat skeptical, saying that the average reduction promises have actually declined in the last year and is now closer to 13% by 2020, which is not enough to avoid catastrophe.

Citing a recent PriceWaterhouseCoopers report, Solon said emissions grew in the last year at a higher rate (5,2%) than the world average GDP (5%).

He reminded the audience that the UN Framework Convention on Climate Change (UNFCCC) has committed all 192 members to “differentiated responsibility,” which means that developing countries should be allowed more carbon space to meet their citizens’ basic needs.
Up to 82% of current harmful gasses in the atmosphere are historically accumulated from rich developing countries’ emissions, while the vast majority of the world’s population contributed minimally. Currently the developed world still pumps out 20 tons of carbon emissions per person per day, while the average in poor countries is two tons per person.

This meant that the developed world should take the lead in climate reduction pledges, but this is not happening. “There should be just access to the atmosphere!”

He said currently the vast majority of people use about 20 to 25% of the carbon space. He also warned that there are moves by the rich countries to “wipe out their historical responsibility” in emissions at COP17 by suggesting all start from a clean slate, something that should be resisted as it would substantially weaken existing protocols.

Also on civil society’s agenda for agitation in the recent proposals by some rich nations that their reductions should be “voluntary” rather than binding,  he said this would render the Kyoto protocol “an empty shell” and “a weaker, more flexible maybe regime”.The extension of the 1997 Kyoto deal, which lapses next year, is one of the top items on negotiators’ priority lists. But Solon said despite the existing agreements, the market approach has not delivered anything resembling promises to transfer technology and funds to vulnerable countries. Many of the big powers are now reneging, suggesting that poor countries should themselves “mobilise” funds for adaptation and mitigation.

“All we ask is that they sign and comply”, he said of the need to keep temperature rises below 1,5% for Africa and small island states’ sake. “But many don’t want to do that!  …The only thing left is to mobilise in Durban, but also in Japan, Russia, all over the world, to pressurise governments. Otherwise we will see a suicide pact here.”