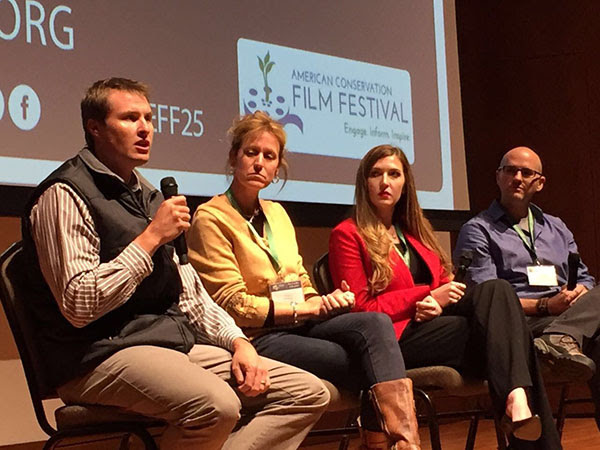 A researcher from the University of the Free State (UFS) played a role in the important new film Last of the Longnecks which was screened at the US Environmental Film Festival.

Dr Francois Deacon, lecturer and researcher in the Department of Animal, Wildlife and Grassland Sciences at the UFS, who also has a role in the film, attended the preview at the Carnegie Institution for Science’s Smithsonian National Museum in Washington DC, in the US, in March this year. The preview formed part of the DC Environmental Film Festival.

The Environmental Film Festival in the US capital is the world’s leading showcase of films with an environmental theme and which aims to improve the public’s understanding of the environment through the power of film. During the festival, the largest such festival in the US, more than 150 films were shown to an audience of 30 000 plus.

Dr Deacon was invited by the producer of Last of the Longnecks to be part of a panel handling a question-and-answer-session about the film directly after the show. He described it as the greatest moment of his life.

“My role in the film was as the researcher studying giraffes in their natural habitat in order to understand them better, so that we may better protect them, and be able to provide better education on the problem in Africa,” says Dr Deacon.

“Together with Prof Nico Smit, also from the UFS Department of Animal, Wildlife and Grassland Sciences, Hennie Butler from the Department of Zoology, and Martin Haupt from Africa Wildlife Tracking, we were the first researchers in the world to equip giraffes with GPS collars and to conduct research on this initiative,” he says. This ground-breaking research has attracted international media attention to Dr Deacon and Prof Smit.

“Satellite tracking is proving to be extremely valuable in the wildlife environment. The unit is based on a mobile global two-way communication platform, utilising two-way data satellite communication, complete with GPS systems. 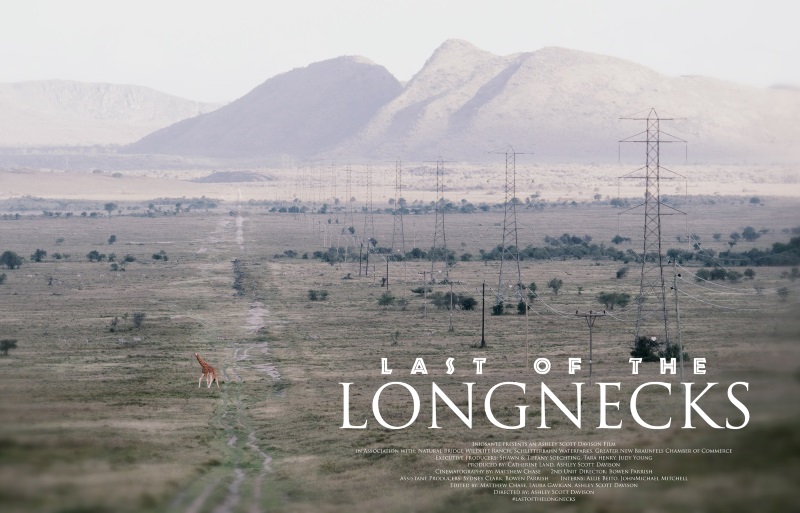 “It allows us to track animals day and night, while we monitor their movements remotely from a computer over a period of a few years. These systems make the efficient control and monitoring of wildlife in all weather conditions and in near-to-real time possible. We can even communicate with the animals, calling up their positions or changing the tracking schedules,” says Dr Deacon.

The collars, which have been designed to follow giraffes, enable researchers to obtain and apply highly accurate data in order to conduct research. Data can be analysed to determine territory, distribution or habitat preference for any particular species.

Over a period of three years (2014-2016), the Last of the Longnecks team from Iniosante LLC captured on film how Dr Deacon and his team used the GPS collars in Africa to collect data and conduct research on the animals.

“With our research, which aims to understand why giraffes are becoming extinct in Africa, we are looking at the animal in its habitat but not only the animal on its own. If the habitat of these animals is lost, they will be lost as well. Therefore, our focus is on conservation and better understanding the habitat. The giraffe is only a tool to better understand the habitat problem,” says Dr Deacon.

Since the beginning of his research Dr Deacon and his team have had six new collar designs, with animals in four different reserves being equipped with the collars. The collars use the best technology available in the world and make it possible to determine how giraffes communicate over long distances, and how their sleep patterns function. Physiological and biological focus is placed on the giraffe’s stress levels, natural hormone cycles, and milk quality in cows.

“Absolutely amazing. Totally beyond our frame of reference as South Africans.” This is how Dr Deacon describes his experience of the three days in Washington DC during the film festival. 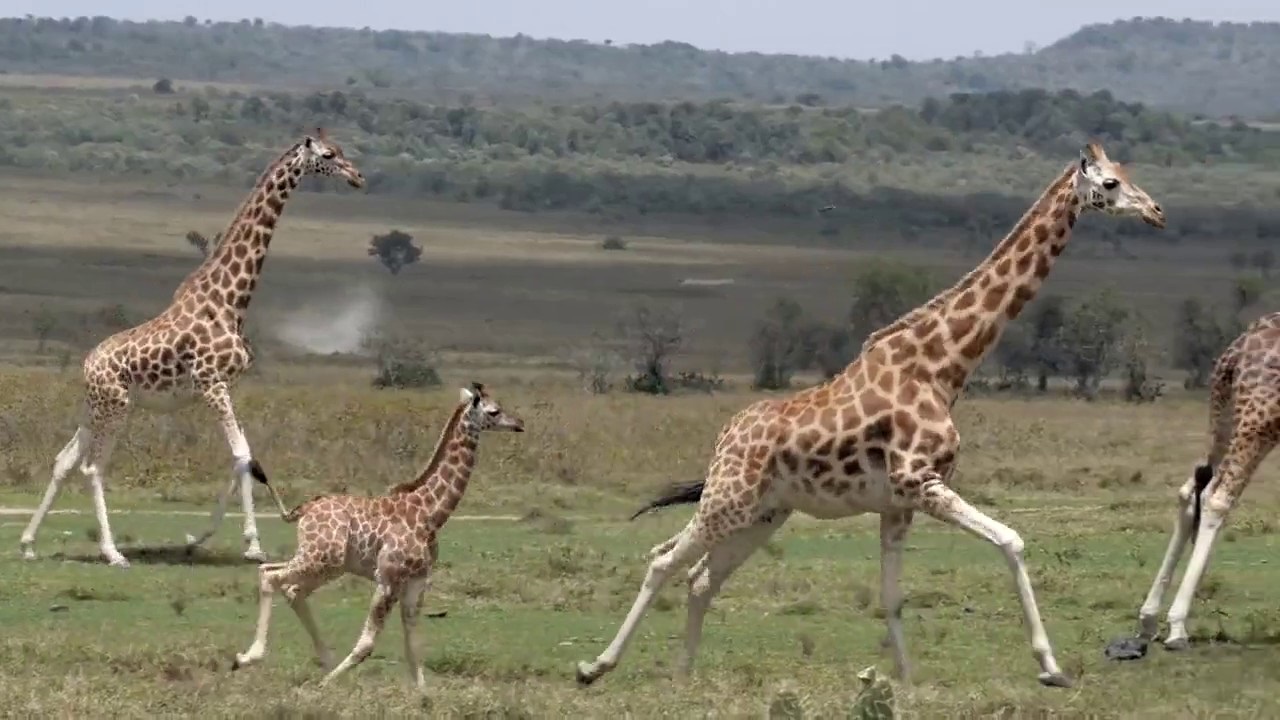 “It was an absolute honour to be part of the global preview of the film and to be able to work with Ashley Davison, the director of the film, and his team. I am just a rural farm boy who dreams big, and now this dream is known worldwide!” he says.

The film, which will be launched in April, will be screened in South Africa on the National Geographic channel in May 2017. Meanwhile, the film will also be shown at eight other film festivals in the US.

Work will start on a follow-up documentary in October and Dr Deacon is excited about the prospect. A mobile X-ray machine will be available from October. Internal sonars could also be performed on each of the animals. Researchers from around the world will form part of the team which will be led and co-ordinated by Dr Deacon and his co-workers at the UFS.