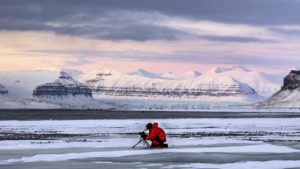 Ice On Fire, a new HBO documentary focusing on solutions to our escalating environmental crisis, is now streaming first on Showmax in South Africa, just months after its world premiere at the 2019 Cannes Film Festival.

The documentary has a 90% critics rating on Rotten Tomatoes and “should be essential viewing for anyone who plans to carry on living on the planet,” to quote Screen International.

“My partners and I made Ice On Fire to give a voice to the scientists and researchers who work tirelessly every day on the front lines of climate change,” says producer and narrator Leonardo DiCaprio. “We wanted to make a film that depicts the beauty of our planet while highlighting much-needed solutions across renewable energy and carbon sequestration. This film does more than show what is at stake if we continue on a course of inaction and complacency – it shows how, with the help of dedicated scientists, we can all fight back. I hope audiences will be inspired to take action to protect our beautiful planet.”

With sweeping cinematography of a world worth saving, Ice On Fire was filmed in nine countries across the globe, including Alaska, America, Costa Rica, Iceland, Norway and Switzerland.

“Over the last 250 years we have, in effect, conducted the largest science experiment in history,” says DiCaprio in the documentary. “Since the advent of the industrial revolution, we have burned over 1.4 trillion tons of carbon into the atmosphere. It has changed life on Earth as we know it, especially in the Arctic. The melting of the world’s snow and ice has now triggered multiple climate tipping points threatening the very existence of life on Earth. Yet this disturbing future need not be set in stone. We have long had alternatives to fossil fuels. But more recently, we have actually discovered how to pull carbon out of the atmosphere, giving us a chance at reversing climate disruption. If we are able to reverse climate change in time, it would be an unprecedented achievement in human history. But the clock is ticking. Scientists say we must implement these solutions immediately.”

Directed by Leila Conners, who also made The 11th Hour with DiCaprio, Ice On Fire emphasises the importance of an immediate, two-pronged approach to reversing the crisis: reducing carbon emissions through traditional renewable energy sources and new ones, like tidal energy, and implementing “drawdown” measures, focusing on methods for drawing down and sequestering carbon, including direct air capture, sea farms, urban farms, biochar, marine snow, bionic leaves and others. 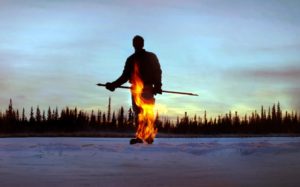 While much of the political and economic focus has been on the energy sector, the film points out that drawdown – pulling CO2 out of the atmosphere and oceans and sequestering it underground or into new materials – may be the best hope for mitigating climate change.

“Science tells us that our current climate crisis is a problem we’ve created,” says DiCaprio in the documentary. “But it is also a problem we can fix. Not only do we need to stop emitting carbon at the current levels by switching to renewable energy, but it is also critical to pull carbon out of the atmosphere. Climate change can be reversed if we act now. Recently researchers have figured out what solutions can draw carbon down, getting us back to pre-industrial levels.” 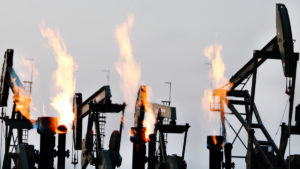 For example, Ice On Fire visits places such as the USAL Redwood Forest Foundation in northern California, where a carbon-storage project focuses on reforestation and creates “biochar” to put CO2 back into the soil; Ron Finley’s urban farm in Los Angeles, where members of the community grow food that takes carbon out of the air and is nutritious; Climeworks’ nimble direct air capture machine in Zurich; and Thimble Island Ocean Farm off the coast of Connecticut, where owner Bren Smith grows shellfish and seaweed that soak up more carbon than land-based plants and can also be used for food, animal feed and fertiliser.

“Science has long proven we have existing technologies that work, and they are already being implemented,” says DiCaprio in the documentary. “It’s just become a matter of political will and scale. We need a multitude of solutions moving forward simultaneously in order to solve this crisis.”