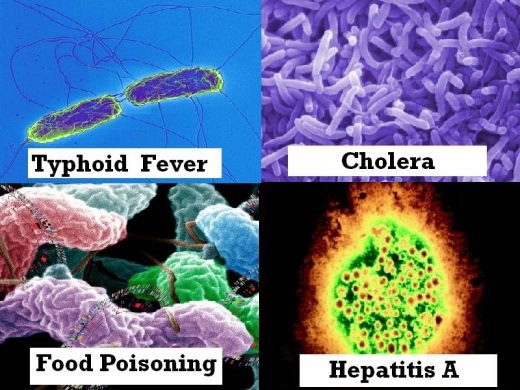 A few examples of waterborne diseases.

Waterborne diseases are caused by a variety of microorganisms, biotoxins, and toxic contaminants, which lead to devastating illnesses such as cholera, schistosomiasis and other gastrointestinal problems.
Outbreaks of waterborne diseases often occur after a severe precipitation event (rainfall, snowfall).

Because climate change increases the severity and frequency of some major precipitation events, communities—especially in the developing world—could be faced with elevated disease burden from waterborne diseases.  In addition, diseases caused by Vibrio bacteria such as cholera and other intestinal diseases may pose a greater threat due to the effect that rising sea temperatures will have on the growth and spread of bacteria.

Changes in ocean and coastal ecosystems, including changes in pH, nutrient and contaminant runoff, salinity, and water security, that can cause degradation of fresh water, particularly in areas where much of the population uses untreated surface water for daily consumption and activities.

Increased frequency of intense extreme weather events can cause flooding of water and sewage treatment facilities, increasing the risk of waterborne diseases. 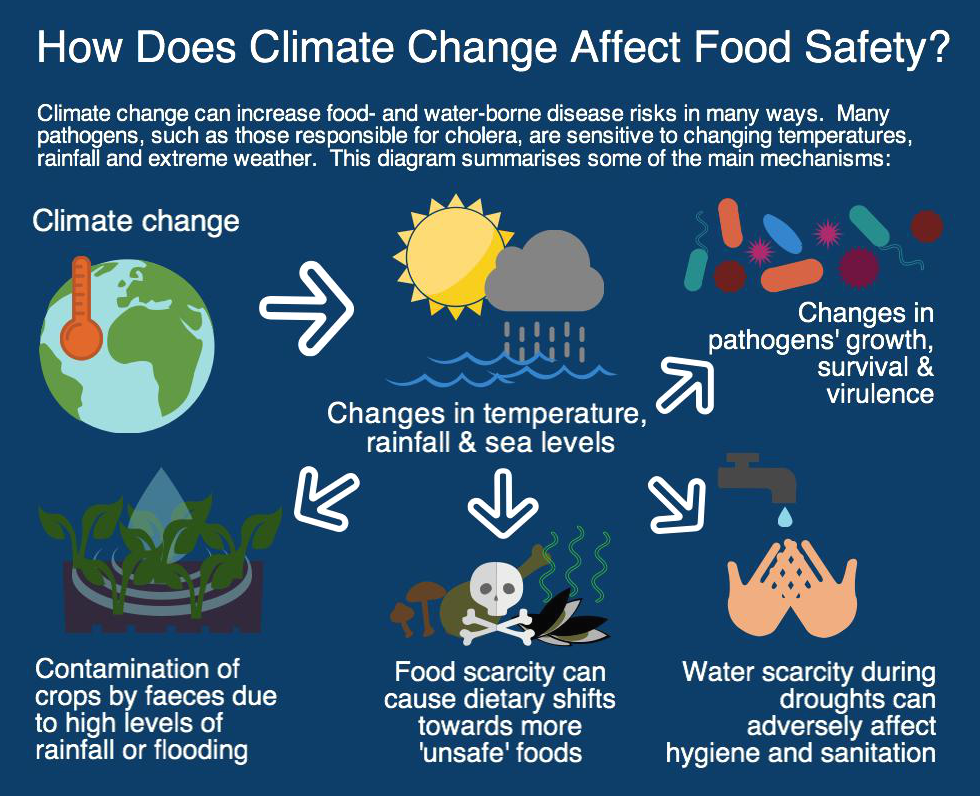 A summary of some of the main mechanisms by which climate change increases the risks of food and water-borne disease. Image: Global Climate & Health Alliance

Indirectly, the lack of water can cause pressure on agricultural productivity, crop failure, malnutrition, starvation, population displacement, and resource conflict.

Changes can occur in the distribution and concentrations of chemical contaminants in coastal and ocean waters through the release of contaminants previously locked in polar ice sheets, or in runoff from coastal and watershed development.

For more information, please visit the chapter on Waterborne Diseases in A Human Health Perspective on Climate Change.