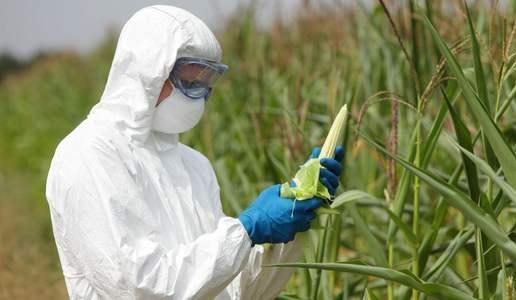 This pesticide flies through the air, destroying most plants in its path – even on neighbouring land.

Almost no crop survives but Monsanto GMOs. It’s a greedy scheme that will make Monsanto billions and destroy our food system!

But now 1,000 farmers are fighting back. They’ve forced the governor in a major US farm state to issue a temporary ban and now he’s deciding whether to make it permanent!

He’s running for re-election on a platform that includes attracting global investment from Europe, Asia, and Latin America – so our voices really matter. Join now and when we reach 1 million, we’ll launch a massive media campaign pressuring him to ban Monsanto’s super poison – before a key advisory panel meets in days!

Dicamba is extremely toxic. It kills most plants by blocking nutrients and strangling them. Once sprayed, it can stay in the soil for a year, leech to surrounding water and poison fish, birds and bees. It’s so bad, that it’s only been used in very limited amounts – until now. 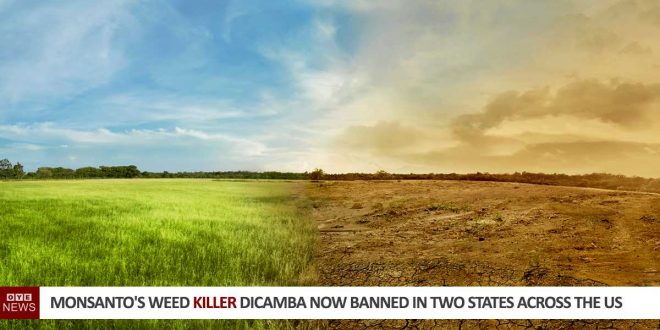 As resistance develops to pesticides because of rampant use, Monsanto is pushing this even more toxic poison, pairing it with a GMO seed that can survive it. But farmers who used it found that it drifted everywhere on neighbouring crops, trees, and soil – spreading death with the wind. Now, farmers are forced to make the terrible choice: switch to the Monsanto GMO seed that can survive dicamba or watch their crops die.

Now impacted farmers are complaining in such massive numbers that governments are forced to listen. 17 states opened investigations and 3 states issued temporary bans and now Arkansas could be the first state to introduce a permanent ban paving the way to get this super poison off the shelves everywhere. Let’s make sure they do the right thing.