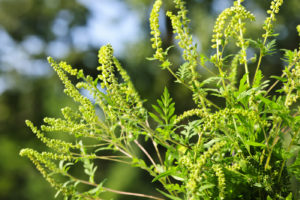 If you find a ragweed bush in or near your property, pull it out and destroy it because it is incredibly invasive, the UCT Lung Institute advises. Due to the changing climate, ragweed will continue its migration southward, putting more South Africans at risk of developing a sensitivity to its potent pollen.

This week scientists made a landmark discovery when ragweed – a highly allergenic weed native to North America – was detected in South African pollen spore traps for the very first time.

The discovery was made by Dr Dilys Berman, an aerobiologist at UCT and Prof Jonny Peter, who heads up the UCT Lung Institute’s Allergy Unit. Palynologist, Dr Frank Neumann, based at Wits University whose research focuses on the impact that climate change has on vegetation, also confirmed that the pollen grains indeed belong to the invasive Ambrosia species.

Prof Peter says while the threat of allergic plants, such as ragweed migrating southward, because of climate change, has always been a concern, little did they know it was going to show up so soon.

“Ragweed is incredibly invasive, and its potent pollen has been problematic in the US for many decades. In recent years, allergy sufferers in Europe and South America have also come under threat as ragweed started to invade these areas. 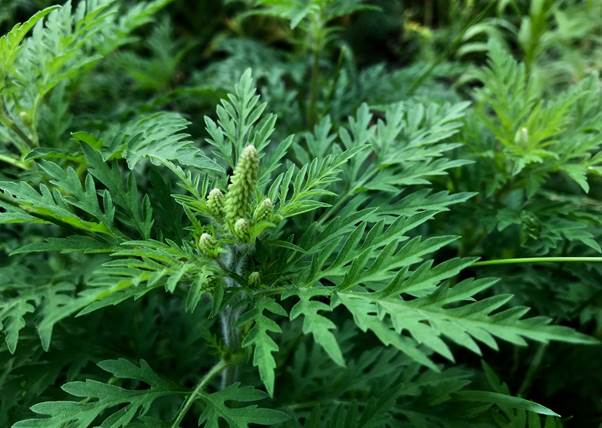 “For now, KwaZulu-Natal residents are most at risk as ragweed pollen has recently been detected at the Durban monitoring site over the last few days. The counts are relatively low at this stage, but we are monitoring them daily to detect any sudden spikes. A small population of ragweed has also been found on the banks of the Vaal River near Heidelberg – about 50km away from Johannesburg, while the Eastern and Western Cape still remain ragweed-free.

“Based on historical data, ragweed thrives in hot, dry environments and produces more pollen when CO2 levels are high,” he says.

“It’s been one of the most loathed weeds in the US, causing misery for 23 million Americans and it’s estimated that ragweed allergy rates in Europe will increase from 33 to 77 million in the next two decades. While we haven’t reported sensitisation in SA yet, it is a cause for concern. 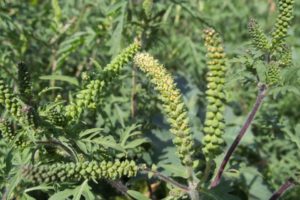 “Increasing amounts of fine-powder ragweed in SA could exacerbate hay fever symptoms and asthma for the estimated 17 million South Africans who suffer from allergies.

“Given that its highly allergenic, people who normally don’t suffer from pollen allergies, may develop a sensitivity to it in the future as the weed proliferates.”

Common hay fever symptoms include red, itchy and watery eyes, a runny, itchy or congested nose, post-nasal drip etc, which could irritate and restrict the airways making it difficult to breathe.

Prof Peter points out that because of the world’s changing climate, ragweed is projected to decline in some areas as it may over time no longer be climatically suitable to grow there. 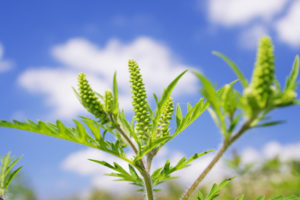 “Either way you look at it, ragweed is on the move. Once it sprouts, it can multiply and grow up to 2 metres in height in a matter of weeks.

“Weed control boards should add it to their invasive weeds list as soon as possible if they haven’t done so already and removal thereof should be a priority before it becomes impossible to control. Some studies also suggest that ragweed poses a threat to crop health. It drains the soil and oppresses plant growth, so is definitely a weed that should be kept an eye on and monitored carefully,” he says.