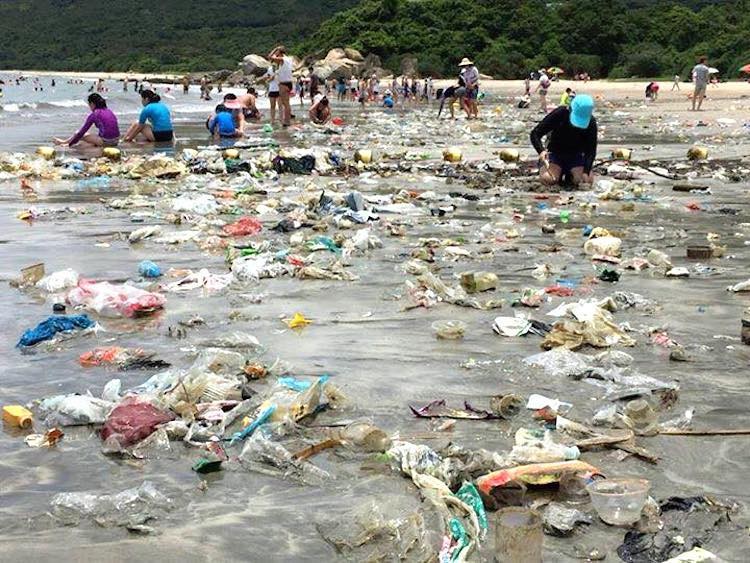 An enormous—and unprecedented—amount of plastic waste and other marine debris has been washing up on Hong Kong’s southern beaches in recent weeks.

Local authorities have described the filth as a “glacier of trash,” and that the rubbish from one island could even be seen from space, the Epoch Times wrote. From July 1 to 9 alone, government departments collected 78,000 kilograms (about 172,000 pounds) of litter from affected areas, the South China Morning Post reported.

On Sunday, chief executive Leung Chun-ying and his team of 60 officials and workers collected about 1,350 kilograms (about 3,000 pounds) of garbage in about half an hour during a beach clean-up in South Lantau.

Leung blamed the influx on heavy rains and floods that struck southern China.

“A lot of domestic garbage was washed towards Hong Kong from the mainland … predictably due to heavy rainfalls and floods in the past few weeks,” he said. Leung said he would follow up with Chinese authorities about the situation. Hong Kong is a semi-autonomous Chinese city that’s in charge of its own internal affairs and external relations.

Mainland trash flowing in the river

As Quartz reported, Hong Kong is located at the mouth of the Pearl River Delta, which runs past several large Guangdong cities that might have open or poorly maintained dump sites. Aided by monsoon winds, the mainland trash flowing in the river was forced onto Hong Kong’s shores. 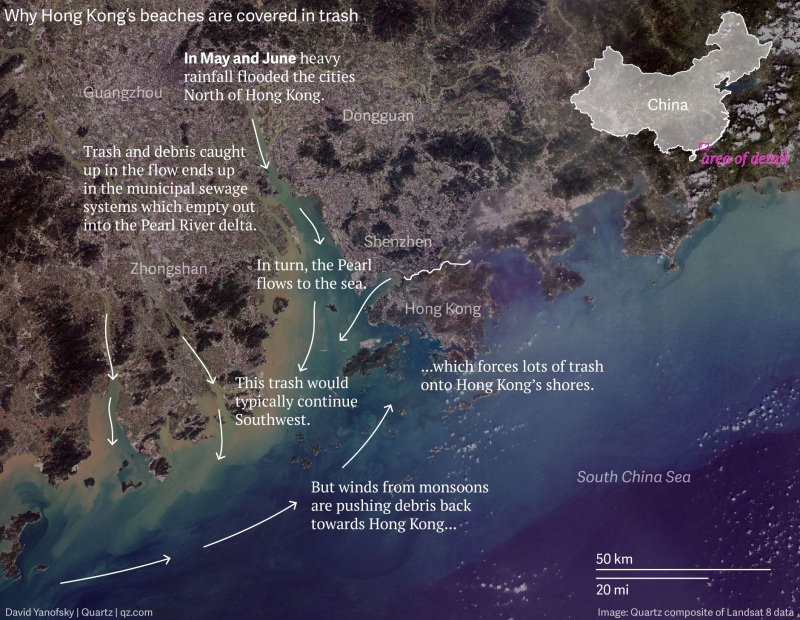 The New York Times reported that as local cleanup groups started picking up the trash, they noticed that the discarded wrappers and packaging had simplified Chinese characters and mainland quality-control symbols, suggesting the trash stemmed from China.

Hong Kong’s Environmental Protection Department also believes that the mainland is to blame. In a statement to Quartz the department wrote:

The EPD notices that in mid-June, there had been severe rain storms and floods in many provinces along Pearl River (e.g. Guangdong, Guangxi, Hunan and Jiangxi) and there were reports that Guangdong as well as Liuzhou of Guangxi might encounter a serious 1-in-20 years flood. We suspect that the floods in mid-June in the Mainland might have brought the refuse to the sea and then the refuse is brought to Hong Kong by the southwest monsoon wind and the sea currents. Similar phenomenon happened in 2005 when massive amount of debris and refuse were found at various beaches and coastal areas of Hong Kong after a serious 1 in 100 year flood in the Mainland. 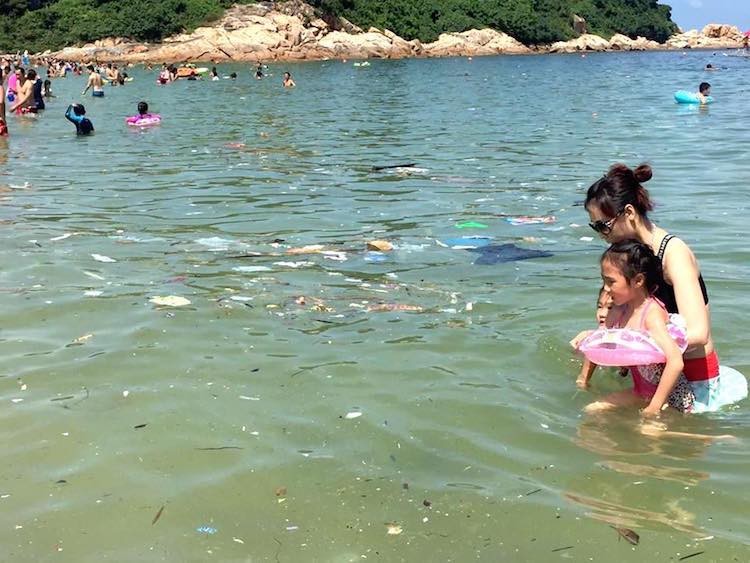 Yongqiang Zong, a professor at Hong Kong University’s Department of Earth Sciences, also supports the statement but, as he told Quartz, he suspects that a majority of the trash originates from Guangdong and Guangxi province, not Hunan and Jiangxi, which are further inland.

Argue now about who’s to blame

Sea Shepherd Hong Kong does not believe that China deserves the sole responsibility for the sudden deluge. The conservation group told the South China Morning Post that while mainland China might be responsible for some of the trash, domestic trash from Hong Kong itself is also a culprit.

Gary Stokes, Sea Shepherd’s Hong Kong-based Asia director, wrote on Facebook that the city’s waste is a major problem and that local reports have unfairly bashed the mainland.

“HK media that seem only interested now as it is a chance to bash China. Where have they been for the past 10 – 15 years whilst all these great NGO’s have been highlighting the issues? Hong Kong creates more trash per capita than anywhere on earth, our track record on recycling efforts and cleanliness are dire,” he wrote. “Just one look at the Aberdeen Harbour clean up two weeks ago highlights how much trash we are carelessly dumping into our own harbor to be swept out to sea or dumped on North Lamma beaches, yet nothing has been done even though its staring everyone in the face.” 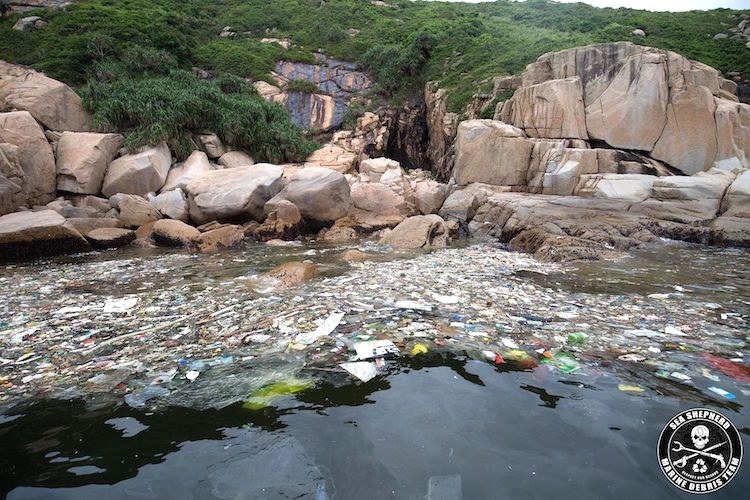 Stokes is urging Hong Kong residents to recycle and supports a newly launched petition that would introduce a container deposit scheme to help clean the city.

Micro-plastics end up on your plate

Plastic trash and marine debris can be devastating and deadly to aquatic life. Non-biodegradable pieces of plastic, especially microplastics, are a particular cause for worry, as they are being gobbled up by plankton and baby fish like junk food, and work its way up the food chain.

“Sad to find so much trash along both coastlines coming in, throughout the main bay and on the beach and in the surf,” he wrote. “Should a turtle return right now it would have to run a gauntlet of trash.”