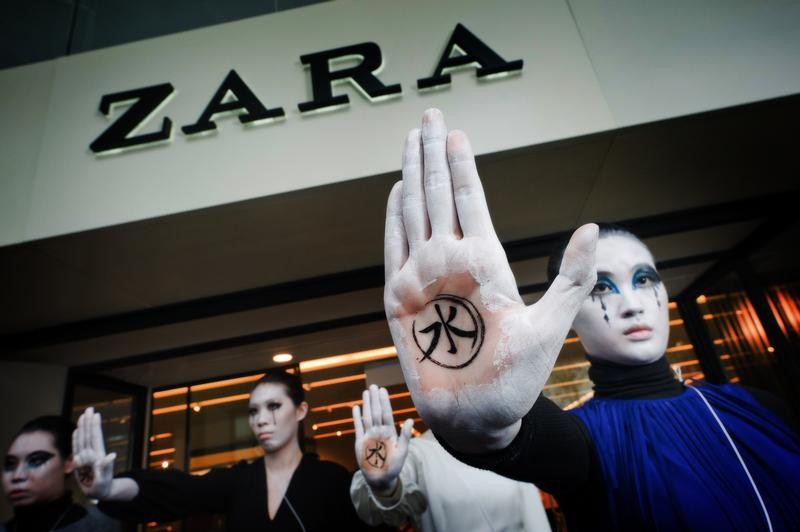 Activists dressed as ‘revolting mannequins’ in Taipei, through street theatre demand Zara ‘Detox’ now. During a day of action worldwide, 700 Greenpeace activists in over 80 cities demand that the worlds largest fashion retailer, Zara, eliminate all hazardous chemical from its clothing and supply chains.

Zara, the world’s largest clothing retailer, today announced a commitment to go toxic-free following nine days of intense public pressure. This win belongs to the fashion-lovers, activists, bloggers and denizens of social media. This is people power in action.

Greenpeace campaigners began a dialogue with Zara (a brand within the Inditex group) in 2011 about eliminating releases of hazardous chemicals from its supply chain and clothes. But it wasn’t until this week that the fast-fashion giant caught on to the urgent need to solve its toxic pollution problem.

Zara has now committed to eliminate all discharge of hazardous chemicals from its supply chain and products by 2020. And they’re going to get rid of some of the worst chemicals, such as PFCs, even sooner. As a significant user of PFCs, Zara’s commitment to eliminate this chemical group by the end of 2015 is a breakthrough.

The commitment is good news for the environment, but also a breakthrough for the public’s right to know what is being released into our waterways. Zara says that by the end of 2013 at least 100 of its suppliers in the Global South (including at least 40 in China) will publicly disclose data about their releases of hazardous chemicals into the environment. The open data will be chemical-by-chemical, facility-by-facility and at least year-by-year. 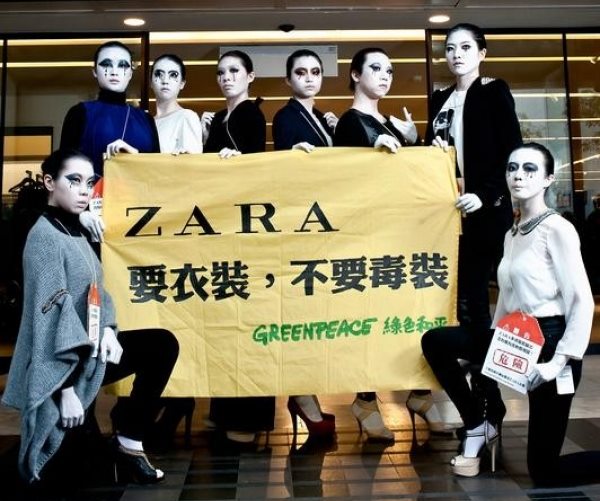 Last Tuesday we launched the Detox campaign globally with a fashion show and press conference in Beijing. Related images and comments began to rise like a spring tide on social networks within hours of the story breaking. Zara’s Facebook Page quickly filled with comments from fans calling on the company to Detox. Thousands of people began to share their desire for “fashion without pollution!” and demands for Zara to Detox on Twitter and Sina Weibo, China’s leading microblogging site.

You can see who’s commenting about the campaign on Twitter and Weibo in one place – people around the world speaking out in a dozen languages to a combined reach of more than 7.1m followers. On Twitter alone there were at least 43,800 mentions of Zara and the Detox campaign this week. More than 300,000 people signed up to join the campaign to Detox Zara, and many tens of thousands of people emailed and tweeted directly to the company for an ambitious Detox commitment.

More than 700 Greenpeace volunteers in 20 countries were out at Zara stores on Saturday. In the days before, climbers and other activists delivered the Detox message at Zara flagship stores and HQ buildings in Hong Kong, Budapest, Geneva, Hamburg and Madrid. Photos and videos of the actions have been trending on Twitter for days for searches like “Zara” and “Fashion”.

Zara’s commitment to act more transparently is a milestone in the way clothing is manufactured. It’s an important step in providing local communities, journalists and officials with the information they need to ensure that local water supplies are not turned into public sewers for industry. Zara’s transparency revolution will be key to ensuring that as brands commit to Detox they then really follow through on achieving zero discharges by 2020. With so many businesses engaging in greenwashing, it’s important for consumers to know who they can trust.

Zara now joins Nike, Adidas, Puma, H&M, M&S, C&A and Li-Ning  who have also committed to Detox but other top clothing companies still need to respond to the urgency of the situation and Detox. We tested clothing items from 20 leading brands this year and found hazardous chemicals in them that break down in the environment to form toxic pollution. But by working with their suppliers and switching to non-hazardous alternatives, the clothing companies can become part of the solution.

The rising tide of people power has shown what it’s capable of. But unfortunately the toxic discharges from clothing factories continue, and while Zara is a big fish, more companies must recognise and act upon the urgency of the situation before our work will be done. 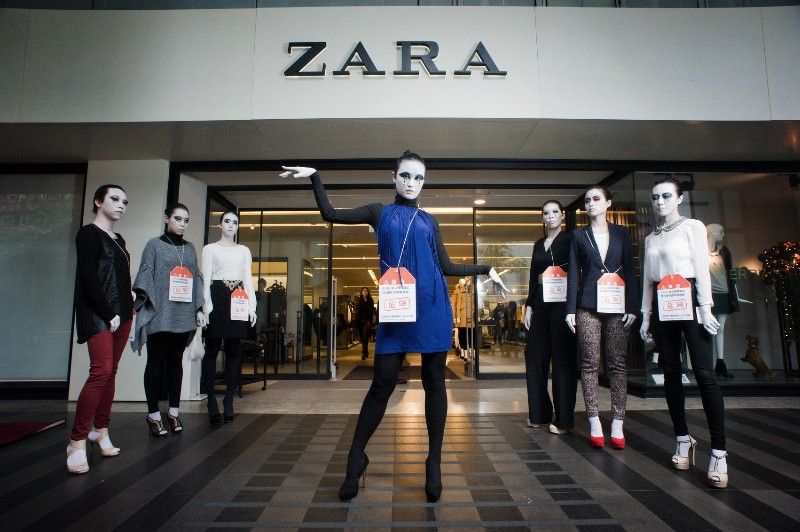 Fashion-lovers, activists, environmentalists, bloggers and celebrities will be back for more – toxic brands be warned.