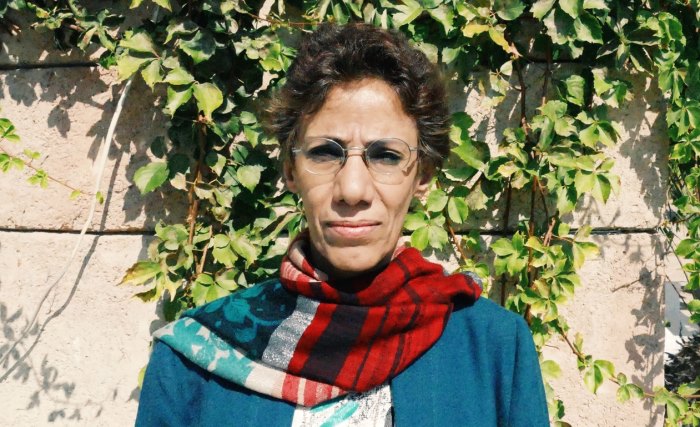 6 months of war have had a devastating impact on the lives of ordinary Yemenis,  the conflict often gets overlooked. Help us share these touching stories, and give voice to those affected.

Imagine you live in the midst of war. Since March, 15 of your family members have been killed. Everyone you know is unemployed. You question where you will get your next meal or water. The local school is shut down and turned into a shelter for the internally displaced. You have already fled four times with your family. Your children are traumatized with little hope for the future, knowing a rocket gone astray could be the end.

This is life in Yemen right now. The situation, to say the least, is dire.

21.5 million—over 84-percent of the population—are in need of assistance, the World Food Program warns that the country is one step away from debilitating famine. People are struggling to access basic necessities including food, fuel and medicine. Millions currently lack access to clean water, sanitation and healthcare. Yet, the war in Yemen receives much less attention than other ongoing conflicts in the region. In an effort to shed light on the conflict, UNDP has captured a number of voices from Yemenis and international partners, lending their perspective on daily life in the midst of this conflict.

“I am from Sana’a. People there and Yemenis everywhere are praying for their problems to end. They are looking for security and a loaf of bread. Are we all failing our people? Women are the greatest victims of the war and most in danger. The deteriorating economical and security situation has a negative effect on their mobility, on their livelihoods and on the security of their family as a whole. It is not safe for them to leave their homes. They have a lot to deal with. Many families are politically divided; there are cases where brothers got killed fighting for opposing sides of the conflict. This war must and will end. We need a political solution. We need a dialogue between the parties putting Yemen back into the hands of its people. When it is over, we will need a development plan to rebuild our country and have to start from where we stopped.”

“I hope that one day I can start a social initiative and give back to the country that I love and its extraordinary people. We as Yemeni youth have to stop talking about the problems and start looking for solutions.”

“At the beginning of the conflict, I lived in constant worry about my family in Aden. When I wouldn’t hear from them I always expected the worst. I didn’t know whether they were alive. The biggest challenge for Yemenis now is to stop the fighting. But we also face many other problems like food insecurity, poverty, a declining economy and corruption. Women are taking most of the burden of the war. They host friends and family members fleeing from conflict zones. They keep life moving on while men are fighting. The international community has to be aware of what is really going on. Come listen to us Southerners and hear all sides of the story. I still have hope. I see the patience of Yemeni people and their strong belief in a better future. We care deeply about our country.”

“I believe the development and future of Yemen is in the hands of women. When Queen Sheba reigned over Yemen, the country was doing much better. Young people and women are honest, they are not poisoned by politics, they believe in the country and they have a good vision for the future. I am fortunate I can contribute to enhancing the situation of women in Yemen by supporting them to become economic and political leaders. The first day of the airstrikes of the Saudi led coalition on Sana’a was one of the worst moments of this terrible war. We woke up and were so scared about the noise, the war planes. We did not know what was going on. Now we don’t have electricity, water, fuel or essential services anymore.” 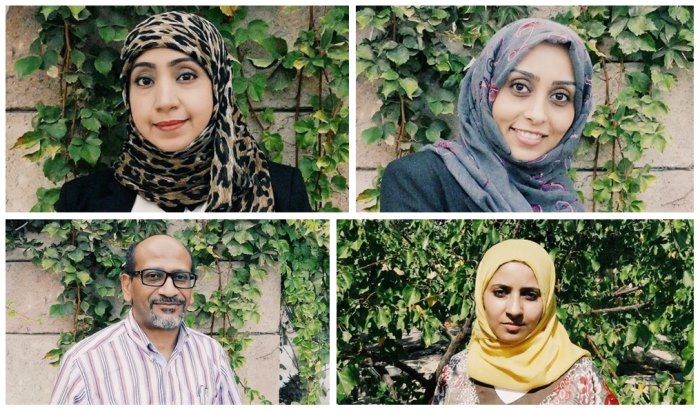 “Even before the war, life in Yemen was difficult because of the political situation. The economy was unpredictable, essential services were deteriorating and life became more expensive. At the same time, income was decreasing and unemployment went up. Now life has become almost impossible with constant airstrikes and ground fighting. Prices for basic commodities have increased and medicine is becoming rare. If the embargo is not lifted, we will get closer to a famine. My mother-in-law is sick and we can hardly find medicine for her. I have three children, who see the war as punishment. My son was supposed to start pilot training abroad, but couldn’t get a visa. My daughter is in the last year of high school and she might not be able to get her diploma because schools are closing.”

“Six months into the crisis in Yemen, the international community is still turning a blind eye. All my plans and dreams for the future have been delayed because of the war. Like most Yemenis, I lost my job. Now I am trying to help my community as much as possible. Together with friends, I am collecting money, blankets and clothes for internally displaced people through social media. I am glad I can do something to help. I hope that one day I can start a social initiative and give back to the country that I love and its extraordinary people. We as Yemeni youth have to stop talking about the problems and start looking for solutions.”

No safe place in Sana’a

Fadhl Almaghafi, Dean of the Diplomatic Institute, Human Rights in the Ministry of Foreign Affairs:

“I stopped sleeping when the attacks on Sana’a started on 28 March. There is no safe place in Sana’a anymore. You flee from the east of the city to the west and a few hours later, this part will be under attack as well. At least half of Sana’as citizens have been internally displaced and have nowhere to go. My family and I moved to four different locations before we left Yemen. Yemenis are running out of electricity and water. Because of lack of cooking gas they resort to wood. About 60-percent of people live from day to day without any sort of income. Education has stopped and it won’t be easy to resume. Public schools are occupied by displaced people and many private schools went bankrupt and had to close. I am worried that we lost our future because of the war. We have to protect civilians and respect international humanitarian law. We have to stop the war.” 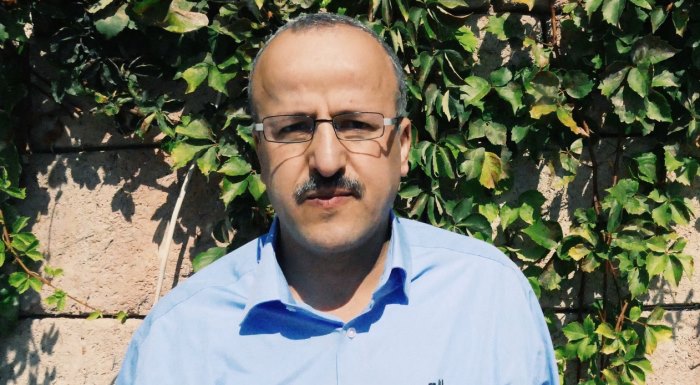 “I stopped sleeping when the attacks on Sana’a started on 28 March.”

“Over the last six months, Yemen has lost everything it gained in 30 years. The humanitarian situation has deteriorated so much that Sana’a is starting to be unbearable. It has become a ghost town. There are no essential services, no electricity, no water, no hospitals. It was a terrible picture to see people fleeing Sana’a on foot to escape the airstrikes. People were carrying all their belongings, as well as their children, elders and disabled. What can we do now? We need to engage in peace talks immediately. We have to lift the economic blockade. We have to restore essential services. Children have to go back to school, hospitals have to operate again. People need hope.”

“The war has affected us Yemeni severely, most people don’t have any sources of income anymore and live from their savings. I had to start downsizing my business, a factory for animal feed in Taizz. There are no customers, exporting is impossible. A lot of factories have already been destroyed. I still get my salary from the University but if the war continues, this might stop as well. The University still functions but at a much lower scale. During the exams, students and faculty members were scared of the bombs that continued to fall close to the campus. It must have been very difficult for them to concentrate, hearing and feeling the explosions. We try to continue so students don’t lose a school year. Our children won’t have a good future if we continue to ruin this country. We need good leaders, good governance, we need to fight corruption and enhance accountability.” 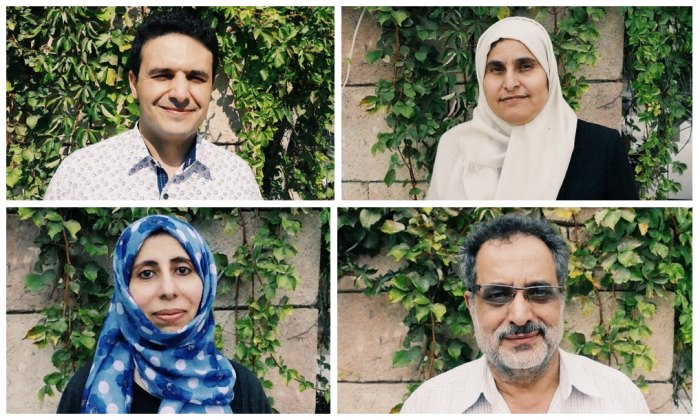 “The conflict affects our lives severely. Infrastructure and essential services have been destroyed on a large scale. All of this can be rebuilt. But, what about the destruction of the social fabric? What about the trust and confidence between Yemenis? The conflict affects our feeling of social belonging, it has divided society. People from the same family are turning against each other, there are hard feelings of revenge. While following the war in Aden and seeing people fleeing on TV, my mother had a stroke. The psychological impact on women and youth is huge. They keep sacrificing and they continue to fear the bombs.”

“Every day this war continues, Yemenis die and become poorer. Every day this war continues, the distance between the people of Yemen and partisanism grows bigger. War leaders on both sides have the same aggressive mentality and their main enemies are democracy and political partnership. We Yemenis are like prisoners between them. I beg the international community: help us stop the war. Just stop the war!”

“My brother was hit by a rocket while walking on a street in Taizz and died. I have lost 14 more members of my family. Many of our houses are destroyed. Women and children suffer most. Many of them have lost their lives in the air strikes and ground fighting between parties to the conflict. They suffer more because they lose a husband or a father as the main bread winner, having the added burden of collecting water and food and taking care of the family. Women lose their children when private houses are attacked. When they try to flee with all their belongings, they get caught between conflict lines. Children are the least resilient and affected most by the lack of food, the spread of malaria and dengue fever. They urgently need humanitarian assistance, malaria prevention and other medication as well as diagnosis tools. There is hardly any hope that this senseless war will end soon. We need more pressure on all conflict parties to be able to make peace.”