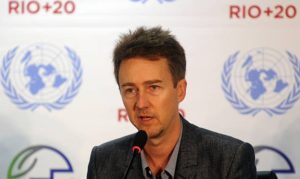 As Rio+20 came to a close earlier this week, civil society groups from across the globe were quick to condemn world leaders – particularly from rich countries – for failing to live up to their promises or offer new vision.

“Just like in climate negotiations, the EU dresses up its own economic interests as ambitious new ideas when in reality they came without the political will to make the changes needed to save the people and planet,” said Asad Rehman, Head of International Climate, Friends of the Earth.

“It is hypocritical for the EU to claim it has no money to help deliver the global transformation needed, when EU politicians have found billions to bail out the banks and give tax breaks to dirty fossil fuel industries. It is time all governments learn that for these important meetings to succeed they need to put the interests of the people first, not those of the polluters.”

Meena Raman, the negotiation expert at Third World Network, an NGO that tracks UN negotiations with a secretariat in Malaysia, had this to say:

“It is despicably disingenuous that Hillary Clinton came here to be applauded while her negotiators were ordered to object to language that reflected the principles and hope of the first Earth Summit in Rio. No thanks to the US, those principles are preserved in the final outcome here – but so is the attitude of inaction, delay and broken promises; to all of our peril.”

“Africa is at the forefront of the interlinked crises facing humanity: a broken economic system that kills the planet, leaving millions in poverty scrambling for the most basic essence of human dignity. And yet developed countries’ governments came here and have not been able to live up to their meager promises on resources for sustainable development. Is this what we call renewed political commitment? This is unfortunate!”

“There are real solutions to the problems governments have been unable to solve and those solutions have been on display all week in Rio, just not at the conference centre, but at the Peoples’ Summit,” said Lidy Nacpil, Director of Jubilee South.

No action or commitment

“The human right to water is the perfect example of the failure of this document – the words are there but the commitments, actions and resources from those who have the capacity to lead are nowhere to be found. We will not let this rest; social movements are demanding the missing action on implementation be taken and governments to deliver on their commitments,” said Anil Naidoo, Council of Canadians, the largest citizens’ organization in Canada with over 70 local chapters.

“I haven’t seen this much fake green covering since last St Patrick’s day. The document does not come close to the future we really want and that’s because it was written with the interests of the few rather than the many in mind,” said Nathan Thanki, of [Earth] and one of the youth leaders of the protest that occupied the plenary entrance at the Rio+20 site on Thursday 21 June 2012.