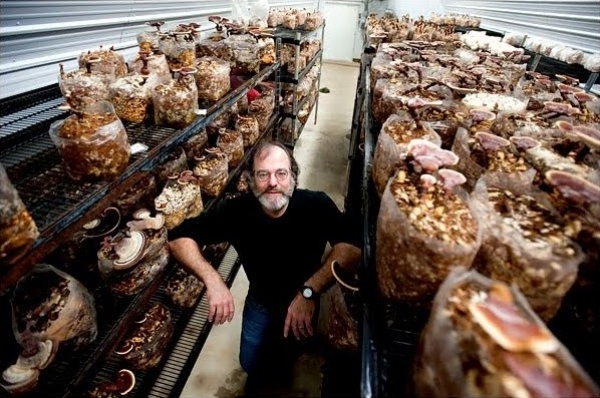 Paul Stamets with his miraculous harvest.

There are many ways in which mycelium fungus can help save the universe: cleaning polluted soil, making insecticides, treating smallpox and even flu.

Entrepreneurial mycologist Paul Stamets seeks to rescue the study of mushrooms from forest gourmets and psychedelic warlords. The focus of Stamets’ research is the Northwest’s native fungal genome, mycelium, but along the way he has filed 22 patents for mushroom-related technologies, including pesticidal fungi that trick insects into eating them, and mushrooms that can break down the neurotoxins used in nerve gas.

Watch Paul speak about 6 ways in which the world can be saved by mushrooms:

Stamets proposed in 1994 that Mycological Response Teams (MRT’s) are put in place to react to catastrophic events, from hurricanes to oil spills. Preposition composting and mycoremediation centers will be needed adjacent to population centers. MRT’s should be set into motion, centralized in communities, which are actively involved in recycling, composting and permaculture-utilising debris from natural or man made calamities to generate enzymes and rebuild healthy local soils.

There are additional opportunities here. By encouraging strategically placed gourmet mushroom production centers near debris fields from natural and human-made disasters, we can open a pathway for mycoremediation. The ‘aged compost’ that is produced after mushrooms are harvested is rich in enzymes a value-added by-product and this ‘waste’ product is aptly suited for mycoremediation purposes.

“What most people do not realize is that most mushroom farms generate this compost by the tons and are eager for it to be used elsewhere,” he says. 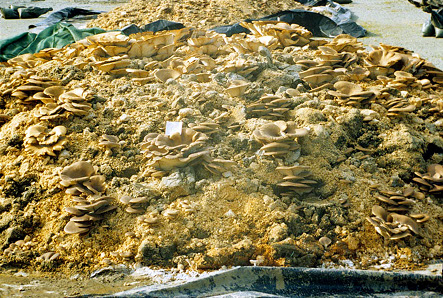 On a grand scale, Stamets envisions that we, as a people, develop a common mycology of consciousness and address these common goals through the use of mycelium. To do so means we need to spread awareness and information. Please spread the word of mycelium. Educate friends, family and policy makers about mycological solutions. Bring your local leaders up the learning curve on how fungi can decompose toxins, rebuild soils and strengthen our food chains.

To support this expanded mycological awareness, please check out Paul’s invaluable book Mycelium Running: How Mushrooms Can Help Save the World.