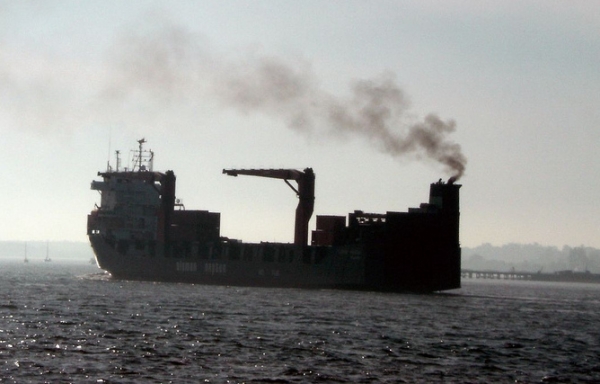 The Durban Platform for Enhanced Action, the key outcome of the 17th Conference of Parties (COP17) to the UN Framework Convention on Climate Change (UNFCCC) in December 2011, has been dubbed by many as the platform for inaction, with the decision to find agreement by 2015 being seen as the agreement to disagree at a later date.

COP17 did little to directly answer the questions about what role the shipping industry will play in the global reduction of greenhouse gas (GHG) emissions and mitigation of climate change.

No specific decisions made despite progress

“Although the Durban Conference did not make specific decisions on the international transport sector, the progress thus far made by the International Maritime Organisation (IMO) has been widely acknowledged throughout the negotiating bodies of the UNFCCC process. In the meantime, the status quo of the Kyoto Protocol [the only legally binding protocol under the UNFCCC] concerning the pursuance, through IMO, of efforts to reduce or limit GHG emissions from international shipping remains unaltered,” IMO Secretary-General Efthimios E. Mitropoulos said.

COP17 has provided IMO with the opportunity to continue to further its technical work, including developing guidelines needed to assist in the implementation of binding and mandatory energy efficiency measures for ships, adopted in July 2011, which are expected to come in force in 2013.

They include the Energy Efficiency Design Index (EEDI) for new ships, a programme that will push ship designers to create more fuel efficient vessels, and the Ship Energy Efficiency Management Plan (SEEMP) for all ships, which is an on-board guide and check, somewhat similar to, and likely to be part of, the international safety management plan.

These mandatory measures team up with two others: A voluntary energy efficiency operational indicator, a formula aimed at helping crews and ship managers operate vessels in the most fuel-efficient manner. A fourth measure could possibly be a compensation or cap-and-trade system connected to the $100 billion Green Climate Fund, aimed at raising funds from shipping as part of its contribution to cutting global emissions, for developing countries to be used for adaptation to climate change.

Climate negotiators adopted and will further discuss a proposal from Oxfam and other environmental groups to pursue a bunker tax on international shipping that would produce about $10bn a year for the fund.

To concerns of an Emission Trading Scheme for shipping similar to the European Union’s suggestion for aviation, Natasha Brown, IMO spokesperson, responded:

“The decision by the European Parliament and Commission to address greenhouse gas emissions from international shipping through inclusion in the EU Emission Trading Scheme or via another carbon pricing mechanism, clearly states that this will be enacted only in the absence of global solutions through the UNFCCC and IMO.”

“As long as IMO continues to make steady progress on a global solution, where two of the three pillars have already been acted upon and is about to enter into force, one can be confident that there will be no need for any regional regulations of shipping emissions.” According to Brown this will be decided by the 170 member governments in IMO where also all the 27 EU member states are represented.

Mitropoulos said the IMO’s Marine Environment Protection Committee (MEPC) will continue making progress in its debate on market-based measures so that it can, through meaningful and inclusive negotiations, bring its action plan on climate change to a completion in a reasonably short time. Such an outcome will enable the Organization to present tangible results to next year’s UN Conference on Climate Change, scheduled to reconvene in Qatar in December 2012.

“From a global perspective, there remains more to be done, but the Durban outcomes augur well for continued consideration of how to tackle global warming and ocean acidification with the aim of putting in place a future universal treaty agreement and many important positive steps were made to this end.”  Brown said.

IMO advises shipping companies to actively embrace all the IMO measures and fully implement them, including also the voluntary measures, and to bear in mind that emissions reduction and energy efficiency improvement will give competitive advantages and save fuel costs which today is a significant part of the operating costs of an oceangoing vessel.

IMO’s main objectives for COP17 were that: