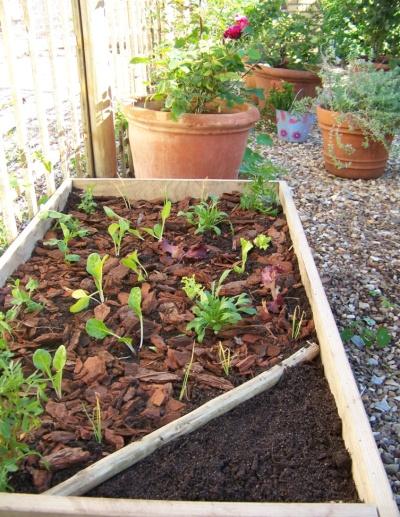 This month on Stoep Harvest its time for Spring planting!

In the southern hemisphere, the first of September is officially the beginning of spring. This is the time to be planting the vegetables that will feed you throughout summer and the early stages of autumn.

If you are planting seeds directly into the soil, it is important that no new compost has been added in the previous two weeks. New compost is too strong for seeds and young plants. If your garden is ready for planting, level the soil with a rake. Next, take a hand trowel and make a narrow trough about two or three fingers deep. I like my troughs to follow the edge of the vegetable bed, so they would be straight if the edge is straight and curved if the edge is curved. There is no right or wrong way to do this; you may want to be creative and design your own shapes.

Next, sprinkle your seeds into the channels you have made. Spacing will vary depending on the type of the plant – try and think intuitively about the size of the plant that will grow, for example, a carrot is two fingers in diameter so with a finger on either side the spacing would be four fingers. Likewise, a tomato plant is large with lots of fruit, so plant tomatoes four or five fists apart (depending on the size of your clenched fist!).

After placing the seeds, cover with soil so that the garden is level again. Finally, you may want to put a label at the end of each row, specifying the plant and the date you planted. 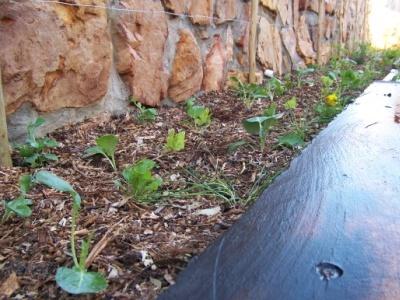 With seedlings, you have the advantage that the plants are more mature, saving you time and the disappointment of seeds that either do not germinate or are eaten by a pest. Seedlings are a fantastic option, although they do cost more (a few Rand per plant rather than per packet of seeds).

For seedlings, remove each plant carefully from the packaging. Squeeze the bottom of the container rather than just pulling on the stem and then gently loosen the roots to encourage growth once planted. Dig a small hole for each plant such that when planted the soil surface of the seedling is the same as the soil surface in the bed. Once in position, backfill the hole and press down firmly around the base of the plant. 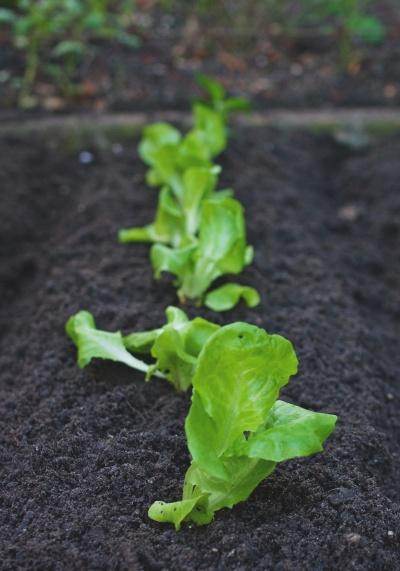 Planting every two weeks is a common approach, as it spreads both the workload and also the harvesting. This avoids having too much of the same crop at the same time! If you have trouble with birds eating your seeds, a good idea is to hang old CDs on string above the seed bed – the CDs flash in the sunlight and it works a treat to repel any hungry birds!

One last tip – a great idea for carrot planting is to mix the tiny carrot seeds with radish seeds, which are much larger. This makes it easier to manage the spacing of carrots. Also, the radishes grow very fast and push the smaller carrots apart; when you harvest the radish after a month in the ground, the carrots have more space to fill until they are ready for harvesting. 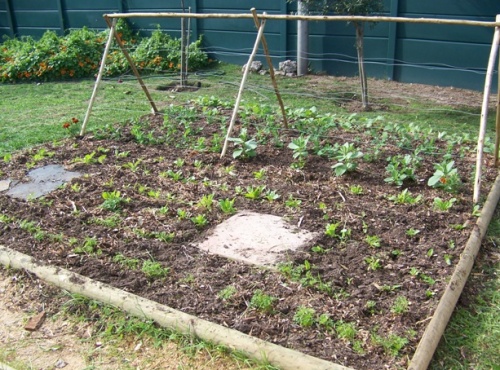 Enjoy the planting! Next month we will look at using mulch to protect your new plants from pests and from the hot summer sun. 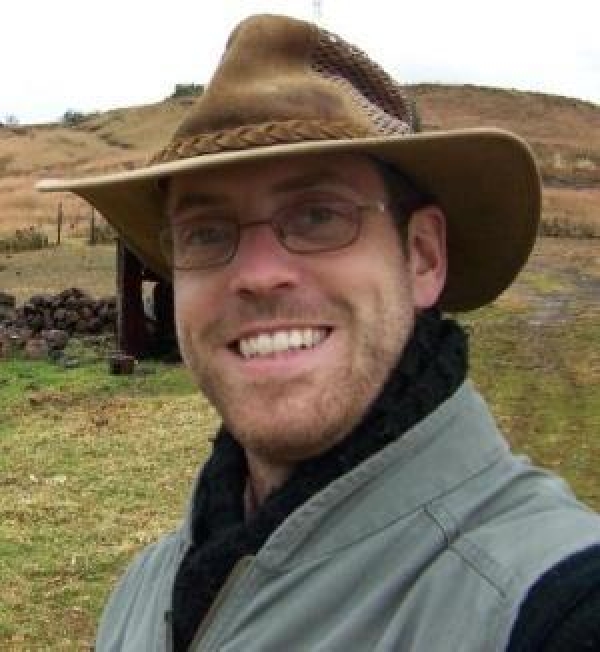