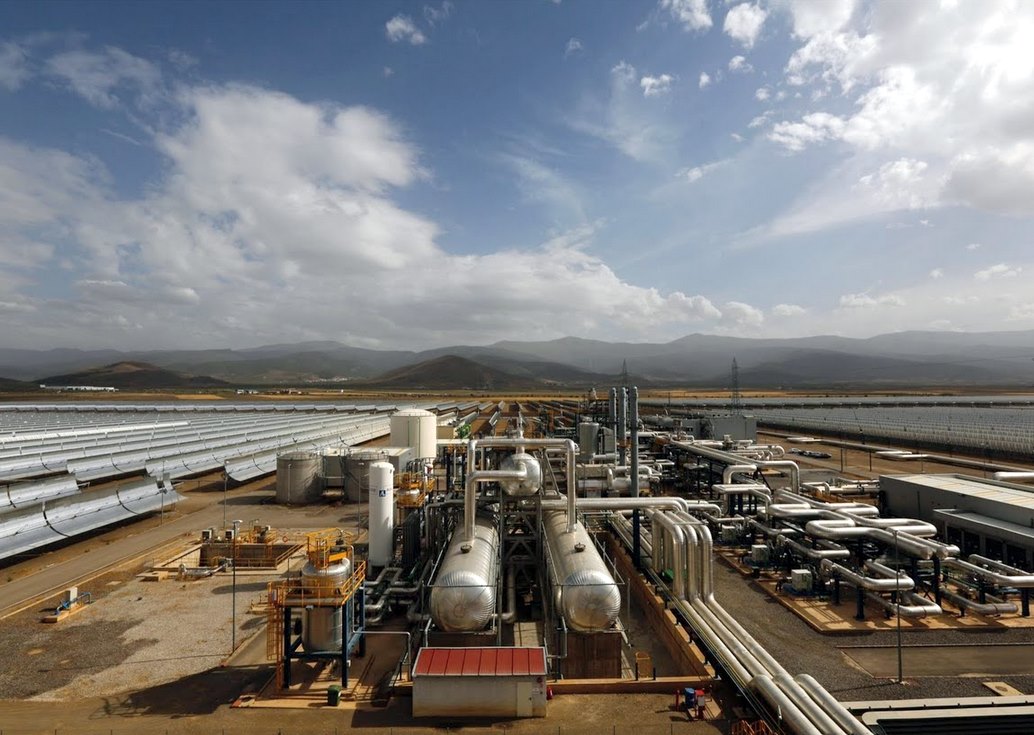 In December this year the UN Climate Conference takes place in Paris. Ahead of the summit, we will release a series of stories, titled “Earthprints,” that show the ability of humans to impact change on the landscape of the planet. From sprawling urban growth to the construction of new islands, each site has profoundly changed in the last 30 years. Each story has accompanying NASA satellite images that show the scale of the change.

On a barren, sun-baked plateau in southern Spain, row upon row of gleaming mirrors form one of the world’s biggest solar power plants and harness the sun’s power even after dark.

Near the town of Guadix, where summer temperatures often top 40 degrees Celsius (104 Fahrenheit), the main sound at the site is a whirring of motors to keep the mirrors – mounted on giant steel frames – tracking the sun as the Earth turns.

The Andasol plant, whose name combines the local Andalucia region with the Spanish word for sun – “sol”, provides electricity for up to about 500,000 people from about 620,000 curved mirrors.

The glass alone would cover 1.5 square km (0.6 square miles) – the size of about 210 soccer pitches. Installed electricity generating capacity at this semi-desert site is about 150 megawatts.

There is little sign of life here, at an altitude of 1,100 meters (3,600 feet) near the snow-capped Sierra Nevada range. Some hardy red and yellow flowers grow around the fringes, a few pigeons flap past and workers say that the odd fox lopes by at night. 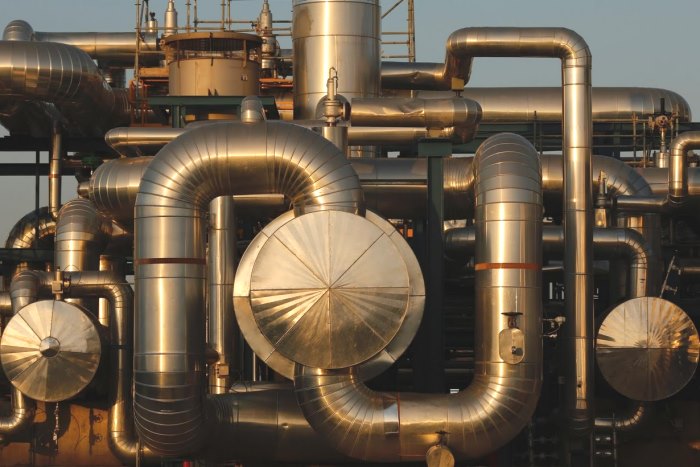 The environmental benefits of clean energy are judged to outweigh the scar to the landscape from the mirrors, which are visible from space. The land is infertile, there is little wildlife and few people live nearby. The biggest regional city, Granada, with about 240,000 people, is 70 km (45 miles) away.

Andasol was Europe’s first “parabolic trough solar power plant” when its first section opened in 2009 – California has the biggest.

Sunlight bounces off the mirrors to heat a synthetic oil in a tube to a blazing 400 degrees C (752 F). That energy is in turn used to drive a turbine, generating electricity.

At Andasol, some energy also goes into a “heat reservoir” – a tank containing thousands of tonnes of molten salt that can drive the turbines after sundown, or when it is overcast, for about 7.5 hours.

That gets round the main drawback for solar power – the sun does not always shine. The system is very different from better-known rooftop solar panels that transform sunlight directly into electricity.

I visited twice to shoot pictures, in June and August. The seemingly endless mirrors are an otherworldly sight and visitors have to wear special glasses against the glare. I used a drone to get an overview of the site – until it crashed after a problem with its flight controller.

Solar power has massive potential – one U.N. study estimated the world’s electricity needs could be generated by harvesting solar power from an area of the Sahara 800 km (500 miles) by 800 km.

And in 2014, a report by the International Energy Agency said the sun could – with a radical shift in investments – be the world’s largest source of electricity by 2050, ahead of fossil fuels, wind, hydro and nuclear. 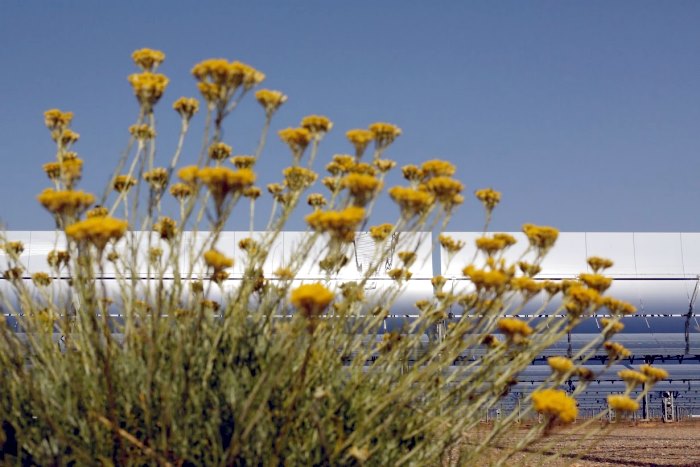 Capacity just from solar thermal plants like Andasol could expand to 1,000 gigawatts a year from 4 gigawatts at the end of 2013, the agency said.

But solar power has been risky for many companies and investors. Low-price Chinese exports have hit rivals in other parts of the world, especially those dependent on subsidies by governments, many of which have been cutting support. Still, a sharp fall in prices of photovoltaic panels and improved technology that captures more power from the sun has placed solar energy on the cusp of a global boom, analysts say.

Andasol is made up of three almost identical units, each installed at a cost of about 300 million euros ($336.84 million). Andasol 1 and 2 are owned by ACS Cobra, a unit of Madrid-based construction company ACS Group, while Andasol 3 is owned by a consortium in which Germany’s Stadtwerke Munchen is the main shareholder, with almost 50 percent.