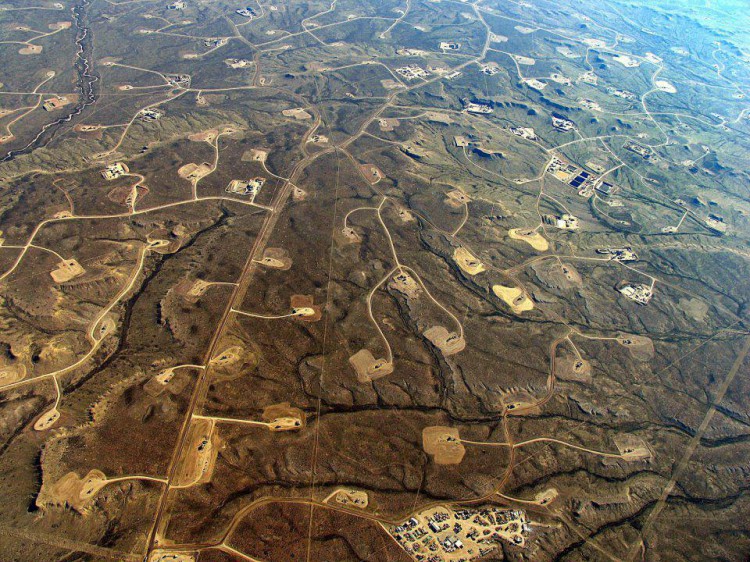 Geologists in Columbus, Ohio, have for the first time linked earthquakes in a geologic formation deep under the Appalachians to hydraulic fracturing, leading the state to issue new permit conditions Friday in certain areas that are among the nation’s strictest.

A state investigation of five small tremors last month in the Youngstown area, in the Appalachian foothills, found the injection of sand and water that accompanies hydraulic fracturing, or fracking, in the Utica Shale may have increased pressure on a small, unknown fault, said State Oil & Gas Chief Rick Simmers. He called the link “probable.”

While earlier studies had linked earthquakes in the same region to deep-injection wells used for disposal of fracking wastewater, this marks the first time tremors in the region have been tied directly to fracking, Simmers said. The five seismic events in March couldn’t be easily felt by people.

The oil and gas drilling boom targets widely different rock formations around the nation, so the Ohio findings may not have much relevance to other areas other than perhaps influencing public perception of fracking’s safety. The types of quakes connected to the industry are generally small and not easily felt, but the idea of human activity causing the earth to shake often doesn’t sit well.

The state says the company that set off the Ohio quakes was following rules and appeared to be using common practices. It just got unlucky, Simmers said.

Gerry Baker, associate executive director of the Interstate Oil and Gas Commission, said state regulators across the nation will study the Ohio case for any implications for the drilling industry. A consortium of states has already begun discussions.

Fracking involves pumping huge volumes of water, sand and chemicals underground to split open rocks to allow oil and gas to flow. Improved technology has allowed energy companies to gain access to huge stores of natural gas but has raised widespread concerns that it might lead to groundwater contamination — and, yes, earthquakes.

A U.S. government-funded report released in 2012 found that two worldwide instances of shaking can be attributed to actual extraction of oil and gas, as opposed to wastewater disposal in the ground — a magnitude-2.8 quake in Oklahoma and a magnitude-2.3 quake in England. Both were in 2011.

Later, the Canadian government tied quakes in British Columbia’s Horn River Basin between 2009 and 2011 to fracking. Those led to stricter regulations, which news reports indicated had little effect on the pace or volume of drilling.

But for the region encompassing Ohio, Pennsylvania and West Virginia, where energy companies have drilled thousands of unconventional gas wells in recent years, it’s a first. The Utica Shale lies beneath the better-known Marcellus Shale, which is more easily accessible and is considered one of the world’s richest gas reserves.

Glenda Besana-Ostman, a former seismologist with the Ohio Department of Natural Resources, confirmed the finding is the first in the area to suggest a connection between the quakes and fracking. A deep-injection wastewater well in the same region of Ohio was found to be the likely cause of a series of quakes in 2012.

New sites will be monitored for seismic activity

Under Ohio’s new permit conditions, all new drilling sites within 3 miles of a known fault or seismic activity of 2.0 magnitude or higher will be conditioned on the installation of sensitive seismic-monitoring equipment. Results will be directly available to regulators, Simmers said, so the state isn’t reliant on drilling operators providing the data voluntarily.

If seismic activity of 1.0 magnitude or greater is felt, drilling will be paused for evaluation. If a link is found, the operation will be halted.

“While we can never be 100 percent sure that drilling activities are connected to a seismic event, caution dictates that we take these new steps to protect human health, safety and the environment,” said James Zehringer, director of Ohio’s natural resources department.

Ohio has also imposed an indefinite drilling moratorium at the site of the March quakes. The state is allowing oil and gas extraction to continue at five existing wells at the site.

Such events linked to fracking are “extremely rare,” said Shawn Bennett, a spokesman for the industry group Energy In Depth, who described the new rules as safeguards that will prevent similar future quakes in Ohio.