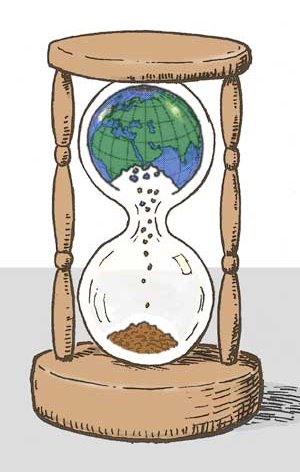 There is grave concern about the threat to our environment posed due to the proposed shortening of the period for the completion of Environmental Impact Assessments, (EIAs) before a new development can go ahead.

Environmental impact assessment (EIA) is one of the cornerstones of responsible stewardship of our planet and its increasingly limited resources. Before you do something that will impact in any material way on the environment (which includes the natural and social environment) it is essential first to work out what the impacts will be; whether you should go ahead at all, or undertake the activity somewhere else, or in another way; and how to mitigate, remedy or compensate for those impacts that will occur.

EIA is fundamental to the effective implementation of the National Environmental Management Act, 1998 and to the realisation of its environmental management principles, and our Constitutional environmental right.

Pressure from those with short-term gain in mind

Despite this, our EIA system has since its inception been under constant pressure from those invested in short-term gain, and who do not believe that they have responsibility to ensure the preservation of natural resources for future generations. Last year, we saw the Minister of Economic Development try his level best to eliminate EIA altogether for large strategic integrated projects – precisely the type of projects for which EIA is invaluable.

Fortunately some push-back from environmental authorities prevented complete disaster, but the exact interplay between the 2014 Infrastructure Development Act – with its impossible timeframes and interference with Constitutional mandates – with the EIA system remains uncertain.

Even more seriously, with the publication of the draft 2014 EIA Regulations and the draft National Environmental Appeal Regulations, the “One Environmental System” chickens have finally come home to roost: we can now see exactly how the political compromise reached to “accommodate” mining under national environmental laws is threatening to erode our entire environmental management system.

Radically reduced timeframes much too short

Think about our great seasonal rivers, which flood in summer and run dry in winter. Or think about how levels of dust (particulate matter) in the air change in Gauteng and Mpumalanga from winter to summer. Even more critically, current assessments of the way in which climate change will impact South Africans predict radical challenges for our water, land and food security. This is not the time for short-term thinking, and yet that is exactly what the current draft Regulations demand.

The time periods for the lodging of appeals have also been reduced drastically: the draft regulations propose that appellants have a mere 20 days from the date on which the applicant for the EIA has “sent” notice to all registered interested and affected parties to submit a comprehensive appeal, which may well require the commissioning and preparation of expert legal and scientific reports.

Even the Environmental Law Association, made up of lawyers in private practice, academia, government and the NGO sector, has raised concerns about the proposed reductions in timeframes.

These reduced timeframes were the direct result of the “One Environmental System” approved by the Portfolio Committees on Water & Environmental Affairs and Mineral Resources before the 2014 elections. To implement that system, the EIA process has been forced to fit within the promised 300 days for mining approvals. As a result, it is not only mining developments to which these proposed regulations will apply: all assessments of all kinds of developments now have to fit within these constraints, which raise numerous questions about administrative justice.

While civil society organisations and environmental authorities have for years argued that the environmental impacts of mining should be regulated under environmental laws just like all other industries, the political sacrifices required to achieve this change mean that it will come at an enormous cost to our environmental management regime.