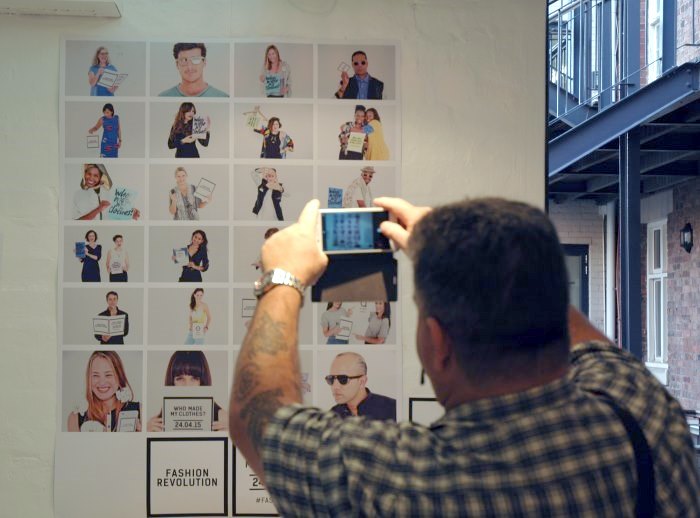 Recently the world celebrated International Fashion Revolution Day. This day was held in honour of the 1 129 factory workers who died and the 2 515 who were injured when Rana Plaza clothing factory in Bangladesh collapsed in April 2013.

People from around the globe were called into action by taking selfies with their clothing labels with the supporting hash tag “#whomademyclothes” and “fashrev“. This worldwide action is to draw attention to the dehumanizing conditions many factory workers experience in the textile industry in hopes of galvanising a shift to social and environmental ethical fashion.

“The revolution is an attempt to give personality back to the person behind the sewing machine,” Tony Budden, CEO of Hemporium urged. The event was organised by Fashion Revolution South Africa coordinator Tammy Nicols and hosted at The Bello Studio, Woodstock, to celebrate the day.

“Stop B*tching and start a revolution!”

Fashion Revolution started two years ago, and now has an astounding 70 countries involved in generating consciousness around the manufacture of clothing. The people who send in their selfies silently acknowledge that fast fashion is not sustainable and a change needs to happen.

“How do you become sustainable?” Olivia Kennaway from Lalesso asked the audience.

“You start by ticking one box.” 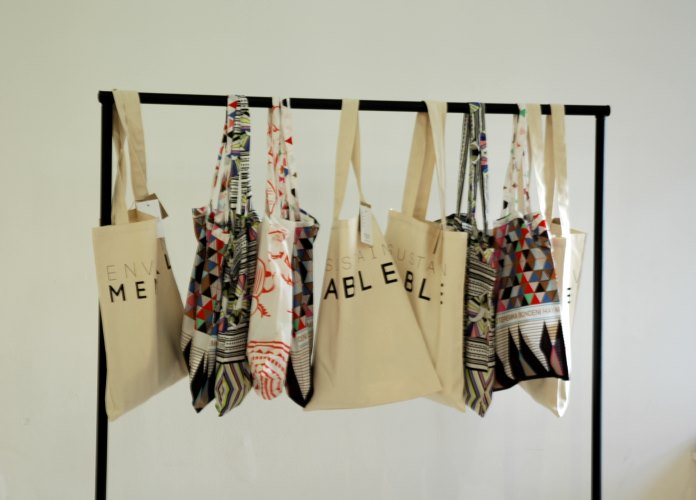 Ethically produced bags by Lalesso and The Joinery.

There are many ways to start becoming ethical retailers. One can start by making sure that the employees are being paid a fair wage.

In America buying a $14 t-shirt will only award the workers 14 cents, Budden says. He believes that with some effort, the South African textile industry can grow to be internationally known as a sustainable and ethical brand. We cannot compete with the other BRIC countries (namely India and China) in terms of cheap textiles. Instead, we should embrace a sustainable approach and start local, supporting South African farmers, designers and workers.

“Are we prepared to pay a slightly higher price for our clothing?” he asks.

Most people associate locally produced products with expensive price tags. But Budden places it neatly in perspective: the cost of unemployment and crime is a much higher price to pay.

Business models need to adapt the triple bottom line policy – people, price and planet – instead of just focusing on the payout. Budden hopes that the Fashion Revolution shifts the way people conduct business by seeing themselves as part of the environment and part of the community, thereby shortening the disconnect between the product and the producers. In this way, people will also take responsibility for the impact of their product.

Bringing back the ‘alternative’

“Do any of you own any slaves? Then why do we pay corporations to support slavery?” Budden asks the crowd. “If you purchase cheap clothing, that is what you are supporting.”

The Rana Plaza is just one incident. As conscious consumers we have to start taking responsibility for who we empower with our money. 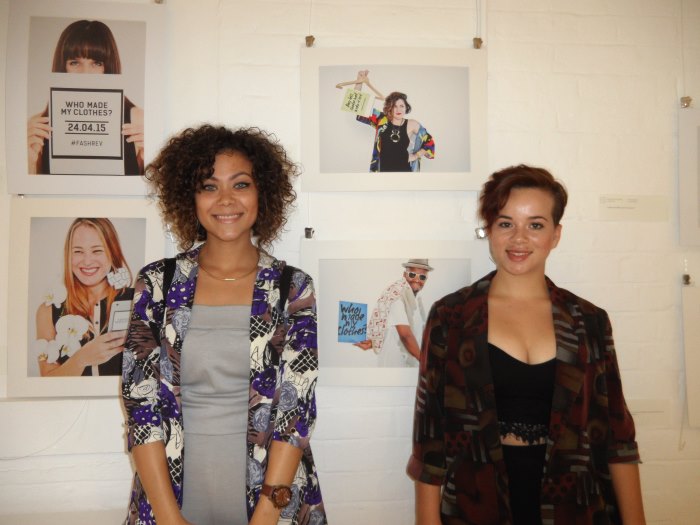 A shift is needed in both consumers and the manufacturers’ minds to start taking responsibility for the life-cycle of their product. We must be conscious of the whole seed to shirt process, while considering how many hands have touched the garment and the footprints that lie in the wake of the garment.

Victoria Romburgh, owner of Photoganics, introduced the audience to the idea of modernising ancient concepts by shifting back to natural dyes that do not stain our rivers. Similarly, manufacturers should be reintroducing the ‘natural’ into textiles in South Africa.

With a smile on his face Budden concluded: “After all, when did nature turn into the alternative and the synthetic become mainstream?”

Presenter Loren Lee Henderson from the Closet Chats YouTube channel, a platform for up-and-coming designers, says there is indeed space in the market for an ‘eco-friendly’ initiative.

“People in Cape Town are slowly changing their lifestyles through choices of food, products and social activities. The next thing is what is seen as a need a want, and that’s fashion,” Loren elaborates.

As a jewellery designer herself, she says she would consider the ethical route if alternative materials were available. She also asserts that more workshops educating local designers about an ethical fashion route can only be beneficial, as she herself learnt a few new things. Hopefully, this is the beginning of a ripple effect that will eventually take the world of fashion by storm.

Words and photos by Soninke Combrinck