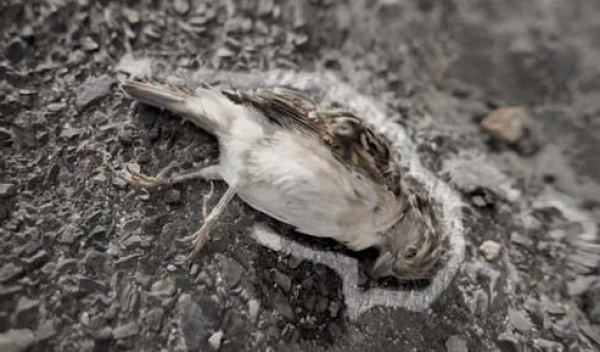 The glacier is gone

If our landscapes are transformed, our country’s biodiversity declines. For instance, due to shrub encroachment in the sub-Saharan areas of South Africa, the numbers of rodents and consequently carnivore species, have dropped. C CJ Skead says: ‘People have forgotten our landscapes used to be filled with antelope.’

Via ecotourism and hunting, ecosystems in Africa are exploited and are becoming homogenised. Line fish have declined in SA by 80% due to exploitation. The Benguela system in the Mozambique area has changed  so much that almost all sardines and anchovies have been replaced by jellyfish.

Climate change is upon us, and we are responsible for it. The South African owned Marion Island has seen an average of 1.5Â°C temperature increase between 1950 and 2000.

In 1966 scientists on a winter expedition to the island took images of the area covered by a huge stationary glacier. An expedition at the same time, 43 years later, proved that the glacier was gone. Consequently  the plant life on Marion Island has  evolved into grasslands.

Biological invasions, whether caused by climate change or human-induced, can have a negative effect on biodiversity. Chown and his colleagues completed a study in Piketberg, hoping to find large amounts of indigenous earthworms in the soil. Instead, almost 75% of species found were invasive alien species from Europe!

The rate of CO2 releasing into the atmosphere is actually increasing, and therefore pollution is one of the biggest causes. At the same time the number of people on planet earth is also still rising, and so emitting more carbon.

Our worldwide population is expected to reach more than 9 billion people by the end of 2011.

‘It is not just the numbers that add to the CO2 increase,’ he says, ‘but also what sort of lifestyle people are expecting and how much carbon they actually want to use.’

The future of planet earth is in our own hands.

‘350 parts of CO2 per million per year is safe, but we have already passed that. We are in a really serious situation,’ says Chown.

What can I do?

If you as individual want to play a part in saving our earth, he gives the following advice:

‘A person like myself should come to a realisation where he feels, hey, I don’t need a big car,’ Chown says.

‘These second homes take up space and making cement produces CO2,’ he says. ‘You have to ask yourself, how often is that house occupied?’

‘We buy new things when the old ones aren’t even broken. We buy new phones just because the screen got 5mm bigger and the buttons look cuter,’ he says.

It’s no good leaving our devices on stand-by:

‘When your television is switched off, but the little red light is still burning, it is still using current.’

‘Has anyone ever thought that the out of season fruit you buy had to be flown in from other  countries? Buy local products.”

‘There is an air of quiet desperation among the scientific community.’

Finally, he makes a crucial point:

‘The more educated people are, the more they have an appreciation of the problem.’