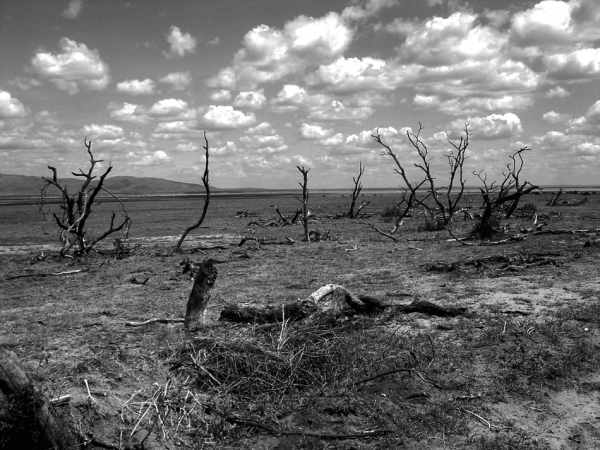 It gets pretty dry at Lake Manyara, Tanzania. Source: Tillo13

Dry, barren landscapes stretched out for miles. Animal skeletons scattered everywhere. Not a tree or plant to be seen. Damaged and dilapidated houses and buildings. Extreme weather conditions exacerbating these scenes. Is this a melodramatic view shared by the paranoid of what might happen after climate change? Or is this the reality of what awaits our children and grandchildren in the future after climate change has taken its toll on our beautiful planet?

Most of the studies, statistics and general information relating to subjects such as global warming and climate change, focus only on what is currently happening and not on what the long-term effects will be.

However, there are researchers such as Matthew Huber, a professor from Purdue University who specialises in the study of earth and atmospheric sciences, that continuously try to figure out what life will be like in a post-climate change world. There is also some consensus out there that climate change will peak and this will lead to disaster all around the globe.

If everything Professor Huber claims is true regarding climate change, then what kind of world will we be living in, in a few decades’ time? Will it even take that long to reach post-climate change status?

More real it cannot get

It has been established that climate change is a real threat and that the continued use of fossil fuels for human activities is not helping at all.

A recent paper by Huber has shown that the planet might be too hot in less than 3 centuries’ time to continue being a habitat for humans. “There’s something like a 50/50 chance of that over the long term,” said researcher, Professor Steven Sherwood, fellow author of the study called: Climate change – Heat, Health and longer Horizons published in the Proceedings of the National Academy of Sciences journal.

He went on to say that climate change research over the years has been “short-sighted”, because it did not include the probing of the long term consequences of the long-term effects of green house gases on the environment.

The earth’s climate has been flung from one its coldest decades straight into one of its hottest, and this has taken place in just one century. “A heat spike like this has never happened before, at least not in the last 11,300 years,” said Shaun Marcott. Marcott is a climatologist from Oregon State University in Corvallis, who worked on another new study centred on global temperatures going back as far as that. He was the lead author of the report on the results of the study. 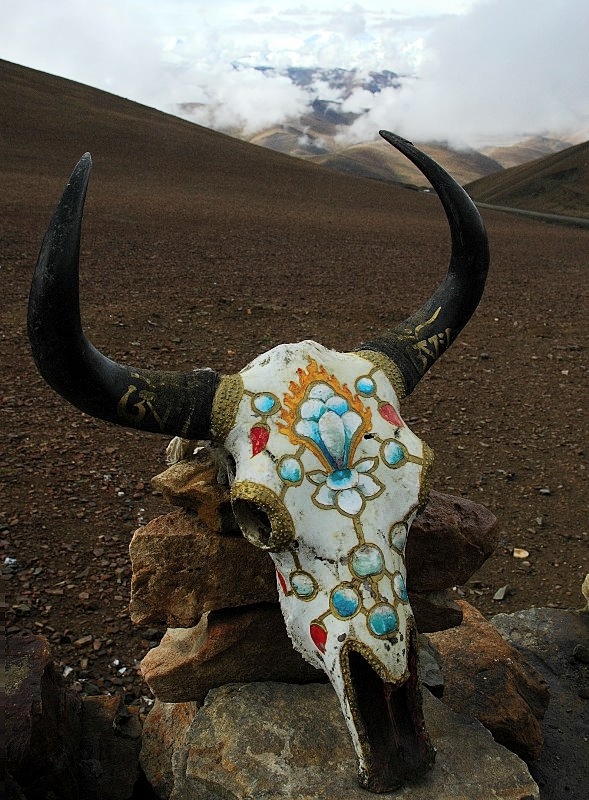 “If any period in time had a sustained temperature change similar to what we have today, we would have certainly seen that in our record,” he said.

Marcott went on to say that the Earth will be warmer than ever before by 2100 and if emissions continue as currently predicted until then, global temperatures will rise “well above anything we’ve ever seen in the last 11,000 years.”

The continuous use of fossil fuels is causing the earth to heat up resulting in accelerated climate change conditions. Recent research has indicated that this heat-trapping situation could last for centuries after 2100 AD and could even have an impact on future ice ages.  “Carbon is forever,” said Mason Inman, journalist in science.

Of course there are several other greenhouse gases to keep in mind, as they are equally important. These include nitrous oxide created by burning fossil fuels, perfluorocarbons which are human-made chemicals, sulphur hexafluoride which is used for insulation in heavy manufacturing industries and water vapour which is a natural occurrence.

Methane gas emissions (CH4) account for up to 10 percent of GHG (greenhouse gas emissions) in the US alone. CH4 is naturally released into the atmosphere by cattle on farms as well as wetlands. Even though methane emissions don’t remain in the air as long as carbon dioxide (CO2), it traps radiation much faster. This is causing CH4 to have a much greater impact on climate change than CO2.

What goes up must come down

Specialists and researchers are investigating the theory of “what goes up must come down.”  Simply put, they believe that once the effects of climate change and global warming has peaked, the earth should start cooling down again.

Even with a complete switch-over to alternative energy sources there is no guarantee that we won’t run out of fossil fuels eventually. Should this happen, the rate of fossil fuel usage will obviously decline and the CO2 component in the earth’s atmosphere will peak and then also decline. The CO2 component will most likely land up in the oceans and will then form carbonic acid when it mixes with the sea-water. This occurrence will change the chemistry of the water, causing limestone and even chalk to dissolve. Ocean acidification is already  threatening marine life such as shellfish and corals and this will intensify.

A fifth of carbon emissions remain in air

Most of the carbon will land up in the oceans and go into solution over the next millennium. This will impact marine species in the polar areas the most, as the solubility of the carbon is greater in cold sea-water. The scary thing is that even after all the oceans have absorbed as much carbon as they possibly can, there will still be about a fifth of our overall carbon emissions floating around in our atmosphere.

Africa’s climate change effects over the next 30 – 60 years

Climate change is already having a major effect on agriculture, water and human health.  After climate change has peaked, all of these aspects will look even more different. All of the following projected impacts of climate change on Africa have been predicted by the Intergovernmental Panel on Climate Change and the United Nations Development Program (UNEP).

Climate change could in just 30 years have an even more detrimental effect on agriculture with regards to crops, water usage and soil health. Because weather patterns such as rainfall and heat waves are becoming even more prevalent, this will eventually have devastating consequences for the agricultural sector in SA and around the world. Whole crops could be lost during one natural disaster fuelled by climate change. This in turn will have dire effects on the economy as prices in the agriculture industry would have to rise to try and make up for the losses incurred due to climate change. Revenues could fall by as much as 90% by the time Earth reaches 2100.

Africa in particular will be hit hard when climate change peaks. It is estimated that by 2020 up to 250 million people in Africa alone will be exposed to severe water stress and water shortages due to climate change. This is a problem of unbelievable proportions, considering that it seems there is nothing that can be done about it.

Sea levels are already on the rise and it will only get worse. Experts predict that in Africa rising sea levels could cause coastal flooding so severe by 2080 that 70 million people and 30% of Africa’s coastline will be at risk. This is a great threat to the continent’s ecosystems which form the basis of its economic income in the form of tourism and also fisheries.

Rhinos are almost extinct because of excessive poaching in Africa. Add climate change to the mix and by 2080 up to 40% of mammal species in Africa will be endangered. This includes very common species such as zebra. Tree productivity will lessen, causing added stress to ecosystems and forests.

There are many malaria-free areas in Africa which will see itself being infested with malaria in extreme numbers by 2080. Changes in temperature will invariably cause these types of infestations to grow rapidly, with up to 320 million people being affected in just 60 years.
Climate change is irreversible. No matter how much emissions we cut and how “green” we try to live, the damage has been done. However, this does not mean that we should sit back and let things worsen by the second.

It is very late in the day to do something about climate change, but if we all pull together we might see a slowing in the effects of climate change. We owe it to our future generations to do whatever we possibly can take this crisis into consideration in how we live and work on this planet. A huge collection of small changes can still have a meaningful effect, as long as we get everyone on board now.