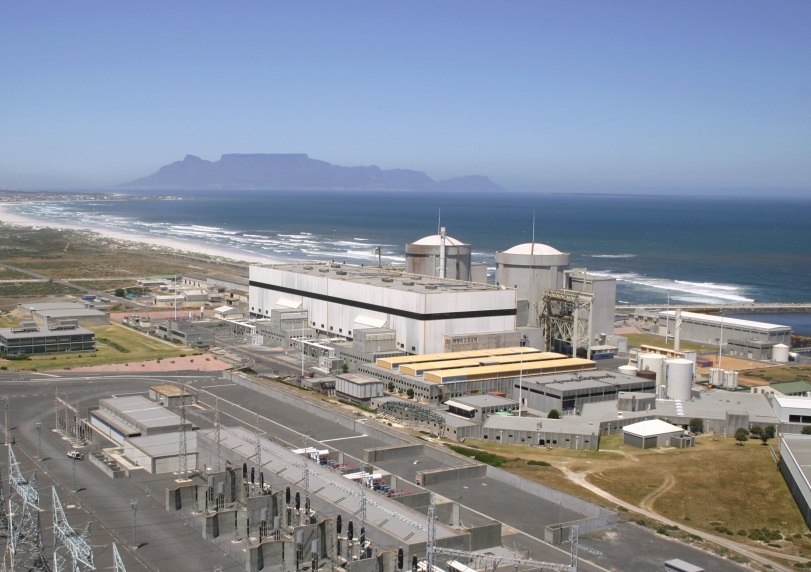 Koeberg is currently the only commercial nuclear power station in South Africa, but that may change soon.

In the global war for energy supremacy, Russia has won another victory over the United States.

This time, the battleground has been South Africa, where Russia’s state-owned nuclear power company, Rosatom, has just signed an agreement to build eight new reactors. Once all of them are operational, South Africa’s nuclear capacity will increase more than sixfold—from 1.8 gigawatts (GW) to 11.4 GW over the next 15 years.

This means that Russia will help develop the entirety of South Africa’s nuclear energy sector, including financing and training.

And just as importantly, South Africa will be using Russia’s nuclear fuel.

Rosatom has been busy signing these types of deals with other foreign countries as well—Finland, Turkey, Ukraine, even the United Kingdom—which guarantees that Russia will be able to keep a stranglehold on these countries’ nuclear industries.

The strategy is clear: Rosatom is aiming to become the world’s largest supplier of uranium in the coming years.

Remember what we said about the ongoing “Putinization” of Europe’s oil and gas; how Russia is planning to leverage its control over Europe’s energy to gain political and economic benefits?

The same thing is happening in uranium, except the stakes are even higher—because Putin is now looking to dominate the global nuclear market.

Russia and the former Soviet nations (colloquially called “the -stans”) already control nearly half of the world’s uranium supply: 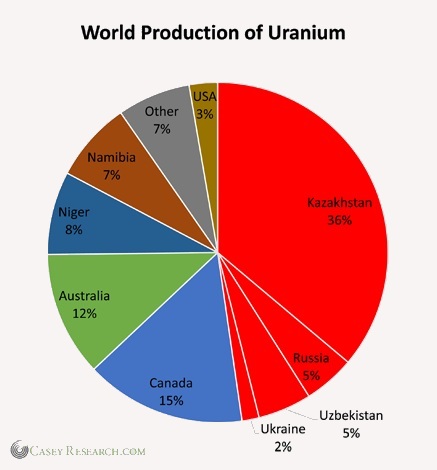 Half of the world’s uranium capacity

Similarly, they hold more than half of the world’s capacity for uranium enrichment, a necessary part of fuel fabrication. Note that the United States only controls 3% of global uranium supply—and less than 15% of the enrichment capacity, despite the fact that it’s the largest consumer of uranium in the world.

While nuclear energy powers one out of every five homes in America, the US currently imports more than 90% of the uranium required for its nuclear reactors.

So what happens when one day Rosatom says “Nyet” to the American utilities? You can be sure that they’ll be scrambling to find any source of uranium they can get their hands on.

And they’ll pay far more than the current spot price of US$34.50/lb. You should know that the price of uranium accounts for just 3% of the total costs of a nuclear power plant, so whether the utilities pay $100 or even $200 per pound of yellowcake is irrelevant, as long as they can keep the reactors running and the lights on in America.

As the US and other countries scramble to get out from under Putin’s heavy thumb, for the right uranium producers outside of Russia’s sphere of influence, this will be a bonanza for the history books.